The Tiny Taster
I’m currently reading The Leopard (Il Gattopardo) by Guiseppe Tomasi di Lampedusa, about social changes in Sicilian life in the 1860’s. The Prince of Salina, a Sicilian nobleman who is caught between his aristocratic life, loyalty to tradition. A time when Italy was ruled by different princely states and the process of unification had just begun. The book is a classic and recommended to me not for its documentation of history exactly as it happened (the author of the book was the great grand child of the late prince of Salina, who the book is based on) but for the detailed and beautiful description of family recipes. The recipes in the book are so well described that respected and well known Italian Chef Antonio Carluccio spent a great deal of time travelling through Italy to try and replicate the same dishes described in the book.
Italian cuisine is one of the most popular cuisines the world over. Like Indian cuisine it is noted for its regional diversity and ample flavour. Italian cuisine has developed through the centuries and is known for its extreme simplicity. Usually 4 – 8 main ingredients are used and the emphasis is on enhancing flavour and quality of the ingredients.
Unfortunately, I’ve just started the book, and haven’t gotton to the food as yet but the thought of it has me hankering for some warm feel good Italian food.  It doesn’t take much to convince the gang and Saturday night we find ourselves dining at Spaghetti Kitchen at CR2 at Nariman Point.
It’s larger than its original outlet at the Phoenix mills, lovely decor with subtle colour tones, nice and airy so you don’t feel boxed in and there isn’t an empty seat in the house! Clearly it’s a popular restaurant.
As we glance at our menu’s the waiter tells us that it’s a new menu but I’m happy to spot some old time favourites. We get down to ordering pronto!
The food for some reason does not arrive pronto! Yes it is a Saturday night, they’re house full, we are a large table but sadly I’ve experienced this almost every time I go there.  As much as I want to cut them some slack and understand weekend rush a part of me feels that it’s just how they operate. It’s very annoying when you can virtually taste your food in your mouth waiting for it to arrive. Despite ordering a salad which we thought would come soon, we still had to wait as it actually came after  the main course was served.
The complimentary bread basket with a sliver of butter doesn’t help smoothen the wait. Although I have to give a special mention to the cheese biscuit like bread in their basket. Brilliant. I almost want to order a pack and take them home to munch on.
People always ask me how I manage to eat so much when they read the blog. I’d like to make a special mention that I NEVER eat out alone and usually I have more than one companion. Tonight we were 8 of us so I hope we’re clear that The Tiny Taster really is tiny and most definitely tastes and doesn’t eat it all!
The famous black pepper chicken, a grilled chicken breast in black pepper sauce with olive mash and greens, was delicious. Soft tender chicken pieces, with a pepper sauce and flavourful accompaniments. It was one of the healthier options in this sinfully delightful menu.

My all time favourite is the Fusille Con Pollo e Fungi which is creamy pasta in green pepper corn sauce with wild mushrooms and pan seared chicken breast. With the parmesan shavings this is such stellar pasta that I order it almost every time I dine here.  Despite being a cream based sauce I like that its thinner than most sauces which I feel goes well with the pasta chicken and mushrooms. Tonight I found it heavier than usual and could hardly get through it.  Having said that I still think it’s a fantastic pasta dish.

The tomato in the Spinach and Ricotta Ravioli we thought was a bit over powering. The ravioli was hand made and well done ,you can tell as no two pieces will be identical.

The Ceaser Salad was delightful as always. A fresh salad with big crisp pieces of bacon and an egg thrown on top. I’ve never had an egg in my salad before and initially was quite taken aback. However after eating I thought it was a lovely add on to the salad.

The Risotto Al La Marina which was a seafood risotto had a lovely mix of prawns, squid and fish.  A tad bit heavy like most risottos with a taste of mustard lingering after each bite. A change from the regular risotto which incidentally we ordered as well !
The Risotto Con Pollo E Chicken was a risotto with chicken and olives. A bit bland in taste and slightly lumpy wasn’t the dish of the day by any stretch.
The Herb crusted Basa with lemon butter or mustard sauce was soft fillets of flavourful basa fish with a tangy mustard sauce.
Escallops of Veal from Valdosta which came with mushroom Belgian ham and melted fontina (cheese) with a white wine cream sauce and asparagus. The ham cheese and asparagus were lovely but sadly the veal a bit tough to eat and you could taste more of the ham than the flavour of the veal. As the most expensive dish of the evening, it was a definite let down.
Each one ordered just one dish and from previous experience it’s more than enough and hardly leaves any room for dessert.
What I appreciate is excellent service. They were extremely polite and friendly. Even apologised for the long wait till our food arrived, and what impressed me the most is the waiter constantly topped my glass with water without me having to ask. Besides good food, for me it’s the little things that really make a good dining experience. I’m sure it’s not anywhere close to what is in the book but I enjoyed it and will definitely come back for more. 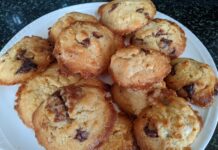 Things To Do In Krabi Thailand!