The Tiny Taster
If you thought Pune is a little town studded with just kathi roll vendors and misal pao everywhere you are sadly mistaken. There is a LOT this city offers culinary wise but this little nook I recently discovered takes it to a whole new level.
Introducing La Bouchee D’or Patissierie, Pune first authentic French Bakery. Or so they tell me. I haven’t been to France so I can’t really judge.It’s an adorable bakery set inside Gera Plaza and has a comfy outdoor seating arrangement (the bakery is too small inside) and beautifully displayed treats. They have two massive jars filled with mini meringues but for some reason they don’t retail those which is really strange. 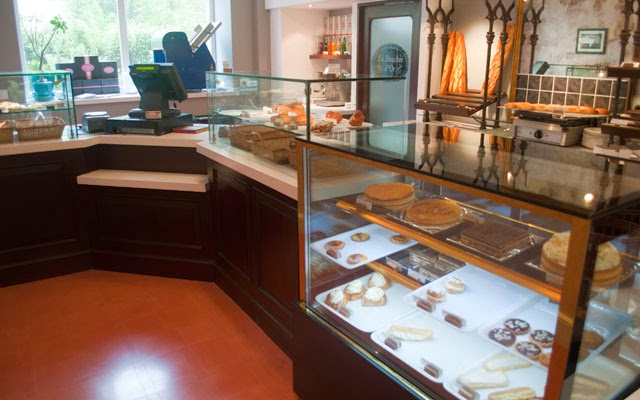 ‘the fine arts are five in number, namely – painting,sculpture, poetry,musicc and architecture, the principal branch of the latter being pastry.’ – Antonin Careme (Marie Antoine Careme)
I can’t agree more with this quote. Pastry making is an art and sadly every bakery in town doesn’t make the cut. With so many friends raving about this relatively new bakery I’m curious to see what it has to offer. 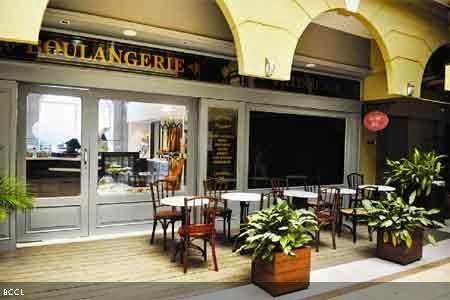 They have a small menu which proudly displays tarts, tartlets, quiches, sandwiches, éclairs and a whole load of pastries. This isn’t the place to pop into if you’re hungry and hankering for some savoury food because that is limited. It’s also small very French sizes so if you’re ravenous this will disappoint.

This wasn’t meant to be a review when I walked into this place. It was just a quick pit stop with a friend during a very manic day of running around but I thought it would be nice to give you a sneak peak of the bakery and what I ate.

They had sold out quite a few items by the time I reached so the only savoury option other than croissants was their ‘flammekueche’ or what they call a bacon cream pie. It’s a sort of flatbread topped with creamy cheese, generous bits of bacon and sweet onions. This reminds me of a pizza and feels more Italian than French but what do I know. It tends to get a little oily from the bacon oozing oil once it’s heated but soft bread, cheese and bacon is not a combo that can go wrong and it’s a filling open pie.

The éclairs come in three flavours – chocolate coffee and vanilla so I opted for the latter. The flavouring really is only in a patch on top of the éclair and the filling is actually light custard. I can’t fault the pastry per say but let’s just say I was expecting more vanilla flavouring and definitely less custard.

The pommier sounded like an interesting dessert. It was a pastry with apple tatin and crème Brule. A very unusual mix and actually tasted wonderfully different but it’s a heavy dessert. There was another layer between the apples and the Brule which I just couldn’t place so next time I drop by I shall definitely ask them what it was.

The place prides its self on original authentic recipes and imports all its ingredients which would explain its slightly higher pricing than any other bakery in town but I suppose you pay for quality.
I’m not sure if I’m absolutely in love with the place because from all the three things I sampled I wasn’t overtly wowed by anything but at the same time I quite enjoyed them. Maybe next time I’m in Pune I’ll stop by to sample more. Maybe even the famed ‘framboisier’ which is heir raspberry mousse cake that mon ami highly recommends!

Singapore Airlines – Why I Choose To Fly SQ

Narendra Bhawan – Home To The Last Maharaja Of Bikaner

Foodie notes in Pune you MUST sample