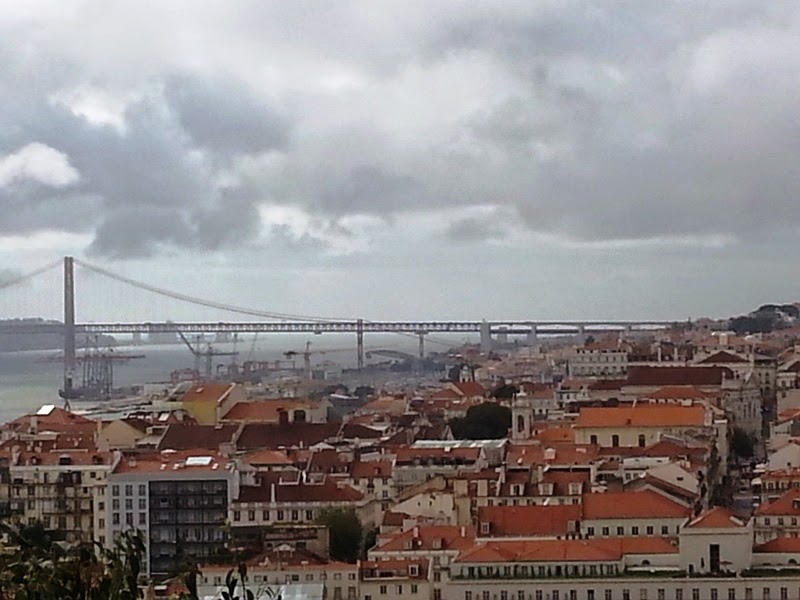 There are times when I think ‘ someone pinch me I must be dreaming’ and on this recent Portuguese adventure, I must have thought this at least a hundred times. Everything about this country is beautiful, from their stunning beaches, quaint towns, bustling cities to wonderfully warm people. However I think the real treasure is their food. I went into this trip with a really open mind, I refused to read up too much about the cuisine because I find sometimes I make up my mind or have some sort of pre-conceived ideas about it so this time I decided to just go with the flow. This might have been the smartest thing I did because I discovered new flavours and ingredients as I ate. 16 different cities or towns that I know of ( we definitely did more, I”m still trying to map it all out ) means a lot of variations to certain dishes as well which is always great because your palette is constantly being surprised. From everything that I tried I think this compilation is what I think are dishes that you absolutely must eat when you’re in Portugal. You might agree, some locals might disagree, but in no particular order, the tiny taster pretty much tripped on these tasty treats 😉

Octopus salad – I felt so squirmy thinking about eating an octopus. I’m also such a dramatic person because every time someone mentioned it I would imagine this massive larger than life slimy Octopus on a plate. I know it’s ridiculous to think that and I’m so glad I tried it because I think it was love at first bite. It’s actually very similar to squid in terms of taste and texture slightly but it’s definitely not the same. That’s the closest it comes to. Maybe it’s the octopus they get there, or the freshness of everything but a simple Octopus salad with olive oil, coriander, and maybe a little onion was something I relished with more gusto than anything else. Octopus salad is very popular, it’s also a popular dish if you order Petiscos ( wrote about my Petiscos experience here ) and I think it’s brilliant. Do not leave without eating Octopus, you will regret it.

Petiscos – As I’ve mentioned before this isn’t a particular dish but a way of eating really. These are what the world calls ‘ Portuguese Tapas ‘ though very different in terms of taste ingredients etc. I love to tell people to live and eat like a local, so hop into the next taverna or adega or street side cafe and order some Petiscos from the menu with some house wine, sit back and relax. It’s the only way to eat in Portugal if you ask me.

Queijo cheese – For those of you that know me well, know I will do anything for cheese. I’m happy to report I had my cheese fix in Portugal because not only did I ensure I ate it for breakfast but it’s served as a little nibble at every meal! How can one resist?? There are different types made from sheep or goat’s milk or sometimes both and I came home with a bag full of cheese and chorizo because it just seemed so silly not to! My favourite is the Queijo Serra Da Estrela which is the cheese (queijo) made specifically in the mountainous region of Serra Da Estrela. It’s made from sheep’s milk and it’s delicious. I was able to visit a farm where I saw them make the cheese, played with little lambs and ended up gorging on some cheese at lunch. Bliss.

Mariscos – Literally means, seafood or shell fish in particular. That includes all the good stuff on a platter – crustaceans, crab, lobster, shrimp clams, oysters , you can see where I’m going with this. There’s no real dish from my understanding I’m just saying its great seafood, specially when you’re in places near the coast, be smart and order these babies! It’s nothing like what you eat at home! It’s also fresh with ingredients to just enhance the fresh flavours of the seafood, not give it another taste so enjoy it.

Bacalhao ( Portuguese Cod ) – Salted cod fish is called Bacalhao in Portugal and I think it’s their national pride. Every time someone talks about Portuguese food, be it a local or a guide book, they talk about this fish with great passion. It took me a while to figure out that Bacalhao is not a dish but the actual fish because every time I asked a local what their favourite dish was they’d say Bacalhao. The fish can be prepared in many different ways, and once again a prominent feature on many petiscos menus in all it’s avtaars. Mind you, when they say Bacalhao they specifically mean salted cod. If it’s unsalted you want, they don’t much care for it and think you’re mad. It’s a lovely fish, dare I say too salty at times but I love it in all its forms, shapes, sizes and flavours. The last picture is at one of the best restaurants in Lisbon called 100 Maneiras where the cod is dehydrated and made also wafer like crisp ( like a thin saria ) hung on a clothes line which is the chefs interpretation to resemble the clothes hanging out of the window as you will see in most parts of Lisbon, specially in the Alfama.

Tuna – Oh my god Portugal either has the best Tuna swimming around in their shores or damn do these Portuguese cooks know how to cook it ! Either way Tuna is bloody brilliant here ! I can not emphasis enough how good it is. I had it first in Tavira and it could have even been the dish of the trip, it won top votes from everyone, just thin strips of tuna that would make a grown man cry of happiness. The next time I had it was part of a petiscos dinner I had with some friends on my last night in Lisbon. I forget what they put in it or how they cooked it but it was chunks instead of thin strips – once again, delicious.

Blood Rice – This sounds so barbaric, I first imaged a bloodbath on my plate but once again, not quite as dramatic as I make it out to be in my head. It’s not even red it’s rice in a brownish – maroonish gravy with shredded pork. For my Parsi friends it’s so similar to a ghosh nu ras chawal or a mutton gravy with rice but with pork instead. It’s one of the best things I ate! Despite some excellent meat on the table I went for seconds of this soupy rice. Again I didn’t find this everywhere, I’m not sure if it’s something they dish up in most places but I had it in Pont De Lima and I still dream of it.

Goose Barnacles – For those of you that don’t know what goose barnacles look like I urge you not to google them as you will loose your appetite. They’re sea creatures best left under the sea – or so I thought. I’m so glad I didn’t google the image and just went with it. The little suckers taste so good ! Slightly slimy, again similar to squid but not that rubbery feeling. There seems to be some art to eating these little creatures as you pop them or squeeze them out, I’m not entirely sure because I was struggling and my friend Patricia was just popping them like every other local and kind enough to give them to me so I could actually eat without making a fool of myself! This isn’t something you get everywhere and I ate it in Aveiro.

Arroz de Mariscos – This is something I enjoyed at quite a few places. It’s a Portuguese rice dish cooked with tomato, fish and shell fish, mainly shrimp. The rice isn’t dry or spicy but some people would add a dash of peri peri to give it a slightly spicier kick. In some places I found the ricer to be slightly sweet, maybe because of its tomato base or maybe I was just missing the spice but I think it’s a great dish. I personally like the cod or mackerel along with shrimp in it but they really go nuts with their seafood so it’s best to just let them feed you. The last picture is interesting because it was served to me in a very fancy restaurant called Belcanto by Jose Avillez  where the server assured me that while is doesn’t look like the Arroz de Mariscos from any angle, it had all the flavours and would definately taste like it once I popped it into my mouth. Believe me, it was beautiful. He was absolutely right and my only compain is that it was bite sized and got over too soon!

Pastel de Belem – Portugal’s pride and joy is their Pastel De Nata. This is a custard like dessert seems to be a rage everywhere you go. They even eat it for breakfast! I sampled the natas all over the country but the very best I found in Lisbon. My friend Andras told me that the best natas are found in Belem, a neighbourhood in Lisbon and they’re made at this one particular shop. So they are called Pastel de Belem. People line up out side for hours to get their nata fix and while I enjoyed some Pastel de natas I just really couldn’t figure out the big hoo haa. That is of course till I sat down and sank my teeth into a warm crisp pastry that came straight out of the oven in Belem. OH.MY.GOD. I usually never bother with hype but jeezzz it’s delicious. I couldn’t eat much otherwise I would have parceled some like the rest of my group did but the trick really is to eat them hot, they don’t travel well and taste different when cold. Please, do yourself a favour and get to Pasties de Belem and order a bundle! The locals like to sprinkle powdered cinnamon on it, with out without it, the nata is yummy!

Summer Destinations You Must Explore !

What Makes The Sheraton Hyderabad Different From Other Hotels

Miracle Of All Miracles – A Cauliflower Fried Rice Recipe