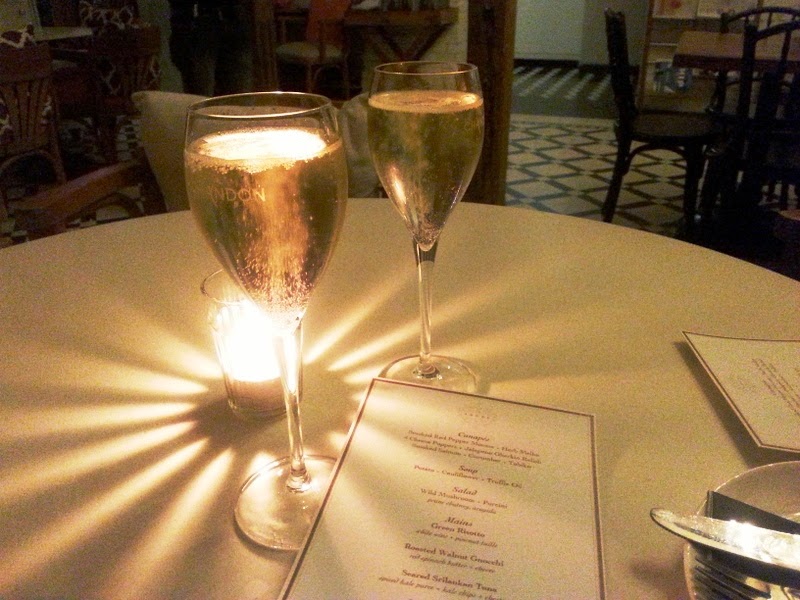 By the time I write this and post it, it’s probably too late for you to try the meal I had tonight but you should know that after a really long time, The Tiny Taster was happy to dine out. Abode is a new boutique hotel that is situated in Colaba South Mumbai and was hosting a week long pop up restaurant with a delectable menu crafted by Chef Conrad, the ex chef at Pali Village Cafe. It was a set menu which was a beautiful 5 course meal that included a diligent serve that kept my glass of Chandon topped at all times, oh, did I not mention the menu included unlimited bubbly ?

The hotel is adorable but I’ll get to that in a bit. As luck would have it, I ended up meeting an international travel blogger who’s work I’ve been following for a while now Mariellen Ward and ended up spending a good chunk of the evening merrily chatting till we were joined by Vinita Bhatia, editor of the online magazine Caldron. Both women are lovely and so easy to talk to, if you saw us, you’d think we’ve known each other for ages. I always enjoy meeting new people and specially ones that have devoted themselves to food and travel.

While meeting the ladies was certainly a highlight, the best part of tonight was the food. Dear lord I cannot explain how happy good food makes me. Not pretentious plates or flavourless morbid meals, but genuinely simple things that are packed with flavours and textures and just all come together.
Canapés of 4 cheese  jalapeno popper , smoked red pepper mousse on toast which I think I could have eaten like it was a spread and smeared it on everything and smoked salmon of a slice of cucumber. 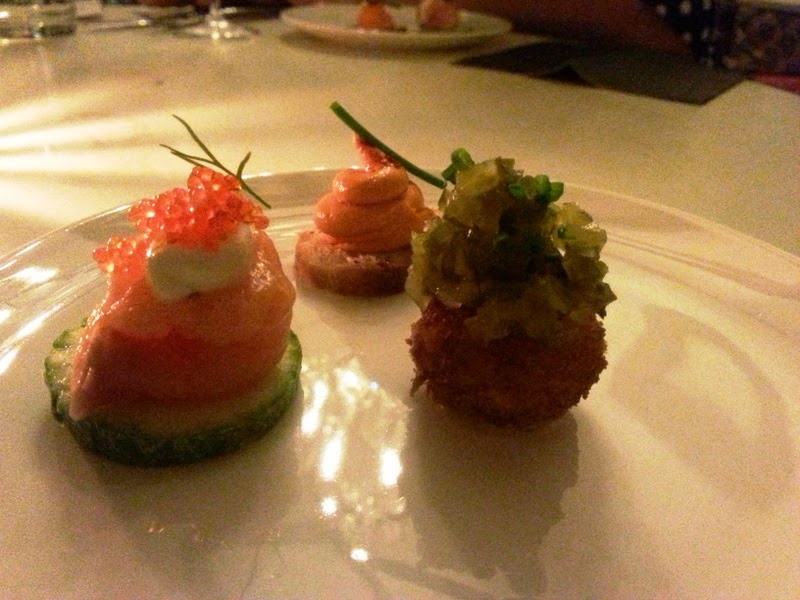 a frothy mushroom soup served in a little cutting chai glass and a simple earthy mushroom salad are such simple dishes but a vegetarian’s delight. The trick really is to master a mushroom soup without depending on heavy cream or making it stock water. 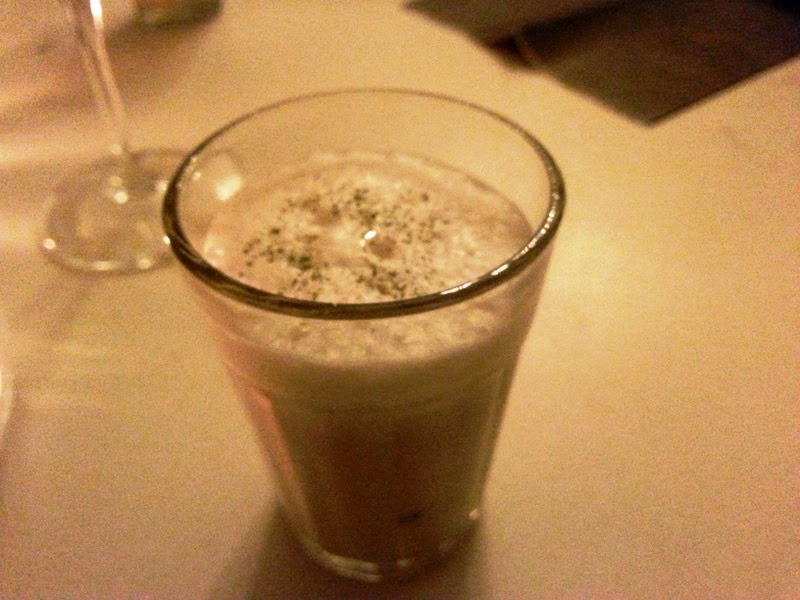 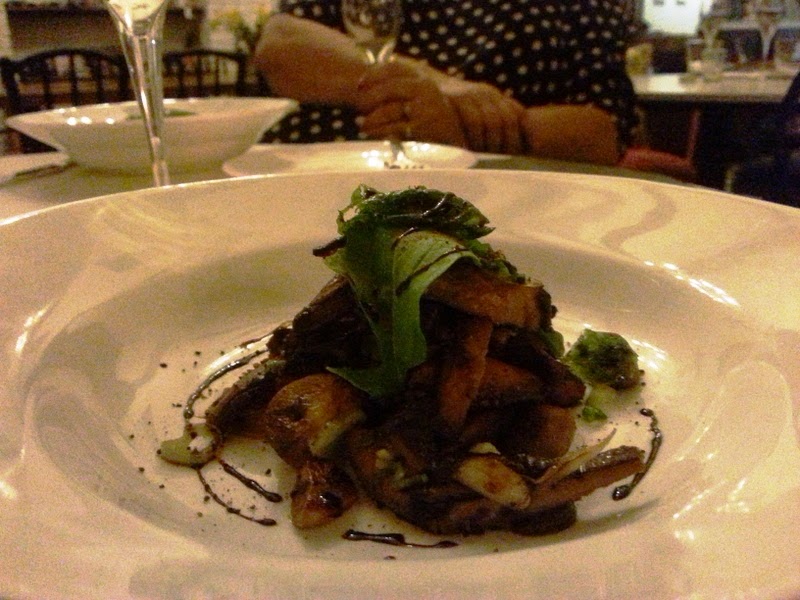 There were a choice of mains but mum and I predictable as we are picked the lamb shanks served with polenta and the Sri Lankan Tuna with Kale and chestnuts. I adore Tuna  except for those gross sandwiches people make but if it’s made well it’s one of the best fish in my opinion and having devoured some ridiculously good Tuna on a recent trip I couldn’t resist.  This plate was artfully decorated with kale puree and mustard dressing, small chestnuts pieces a few veggies and wonderfully crisp Kale chips. It’s ironic that I spent the day hunting for Kale in the hopes of making chips at home only to turn up empy handed and then voila! It’s like the veggie god’s decided to throw me a bone.. or a leaf.. oh well you know what I mean. 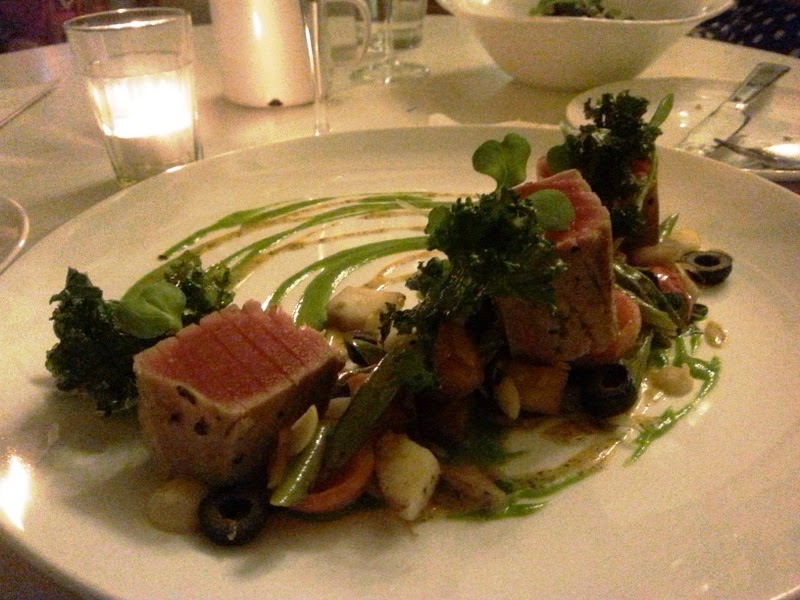 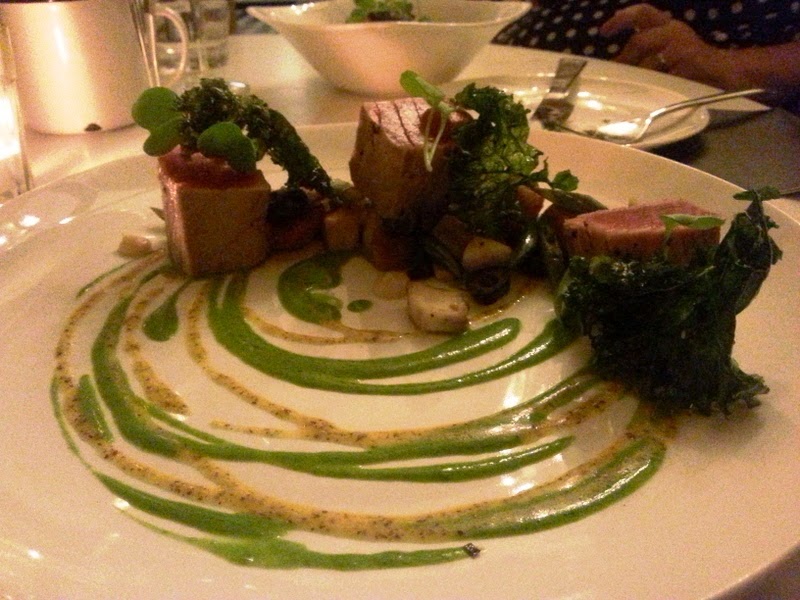 The lamb shanks were shredded and topped with pistachios on a bed of beautiful creamy polenta which is fast becoming a favourite. There is nothing like soft juicy meat and while eating of the bone is tastier I’m thrilled when it’s shredded and I don’t have to look like a 5 year old attacking my food.  Both mains were very good and I’d order them again in a heartbeat. 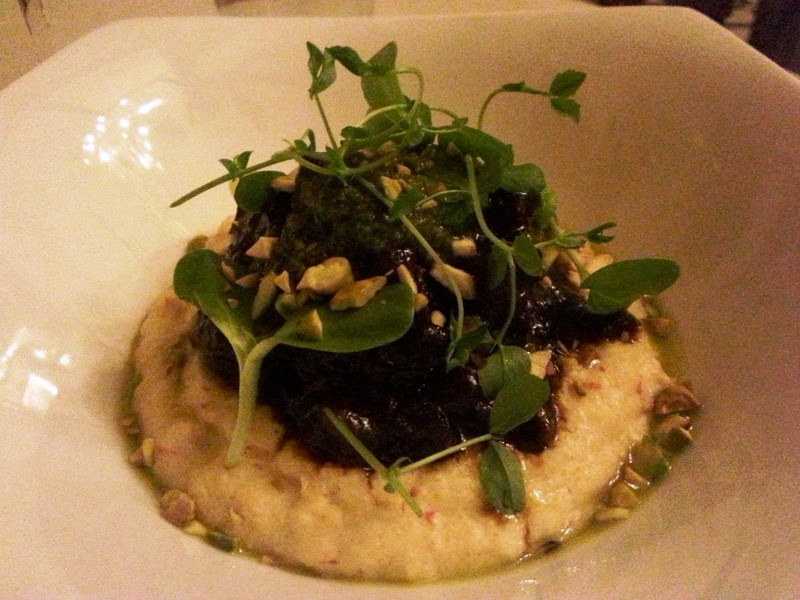 Dessert was a plate with assortments, seems like the best way to showcase talent instead of just one dish. I wasn’t expecting to enjoy it really but it was a perfect way to end the meal. A bit of vanilla panacotta with strawberry compote ( I LOVE panacotta ) with some deconstructed chocolate meringue ( read broken crumbs ) again I love meringue and wish more people would make them except for good ol Gaylord that’s been dishing it out for decades. I don’t like chocolate but it’s so subtle that it’s perfect for someone like me. The last element on the plate was a chocolate espresso mousse which once again was subtle and not this massive burst of chocolate or coffee in your mouth . 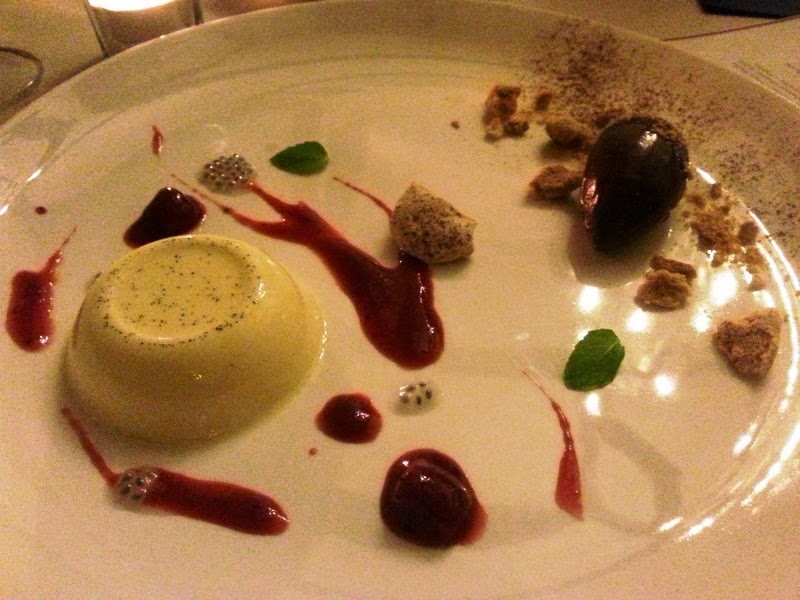 I really do hope they have more pop ups because this was a really enjoyable night out after ages!
While the meal was lovely, the space was adorable and so unlike a restaurant or hotel.
Abode is a new boutique hotel which is cozy and quirky all at the same time. They have beautiful old school tiles, a shelf stacked with Parle G biscuit and a cheeky sign that says ‘ take me ‘ a gorgeous chandelier which unfortunately I couldn’t get a good picture of and some random knick knacks as well. 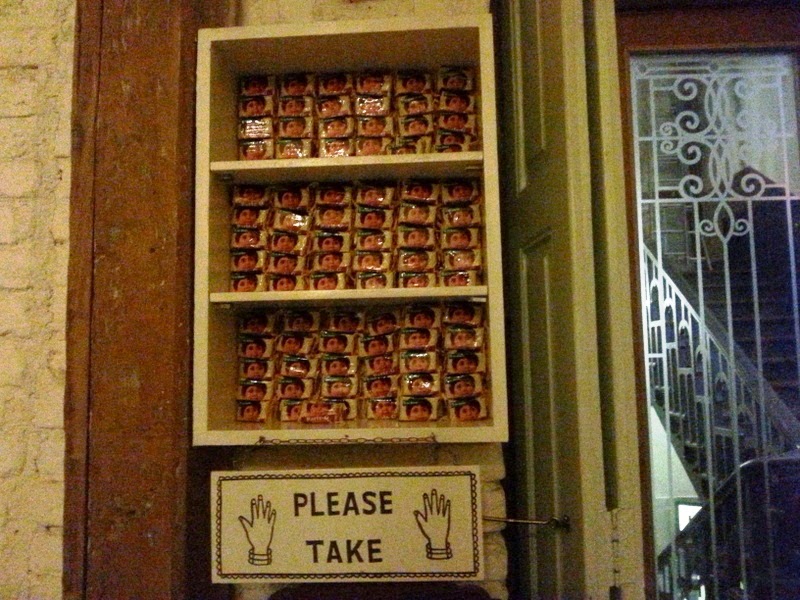 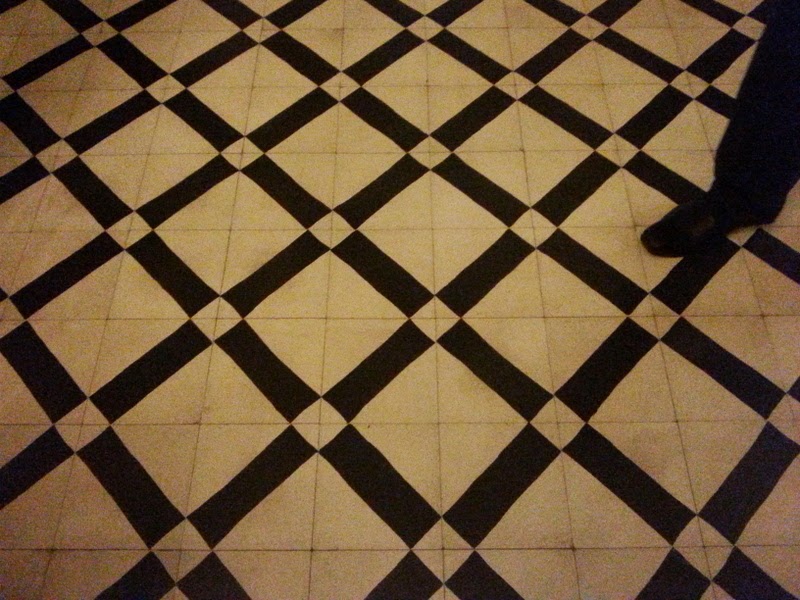 This is their main entrance but I was given the grand tour which includes 20 rooms ( some suite, luxury suite and basic rooms ) each one prettier than the other with handpicked furniture, a lot of crisp white linen and wood making it looks wonderfully inviting and something I would pick on my holiday. They also have a spa which doesn’t have a steam or sauna ( due to the lack of space ) but they have tied up with the Blind School and their students administer the massages and I’m told it’s a big hit with guests staying there. 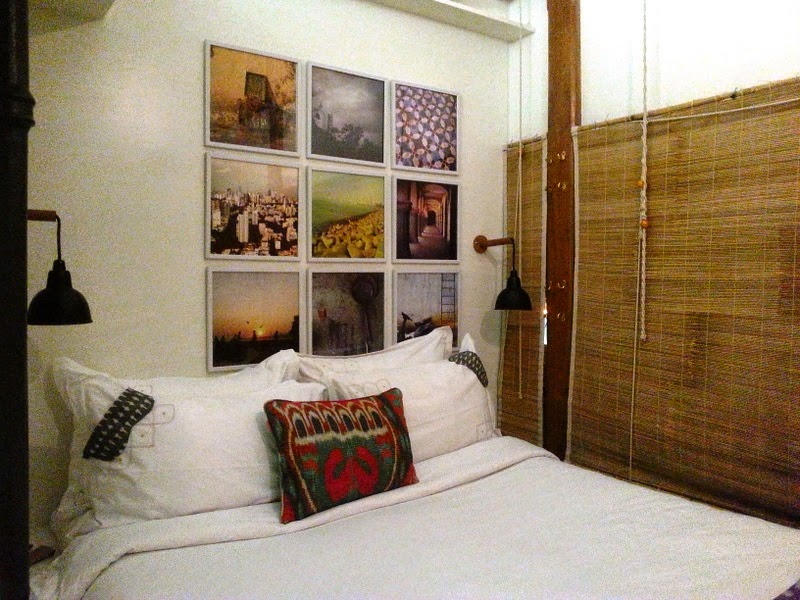 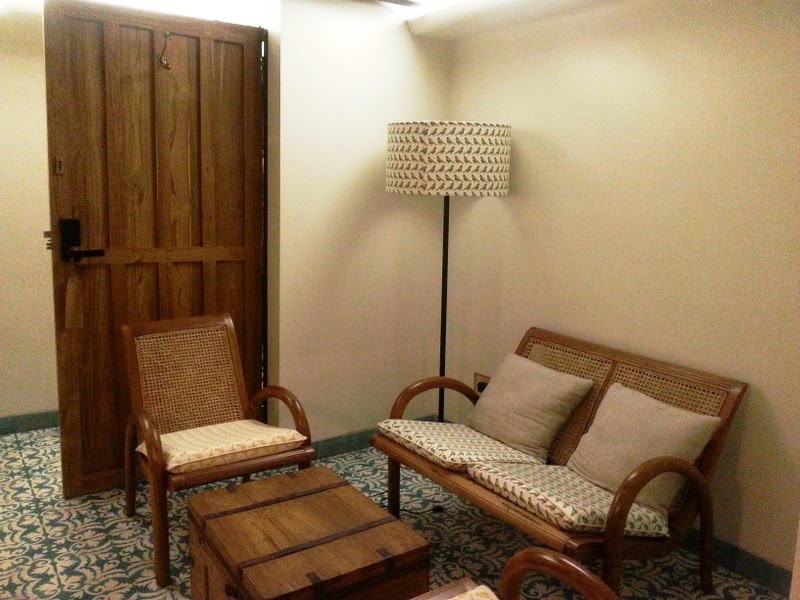 While Abode offers complimentary breakfast to their guests staying with them and an all day menu to choose from, this pop up is the first one they’ve had. If you’ve got friends visiting, this is a lovely place to put them up, if you’re planning to come to Mumbai, it’s ideal as it’s bang in the heart of Colaba and if you live here but desperately need a day to pamper yourself – book now ! 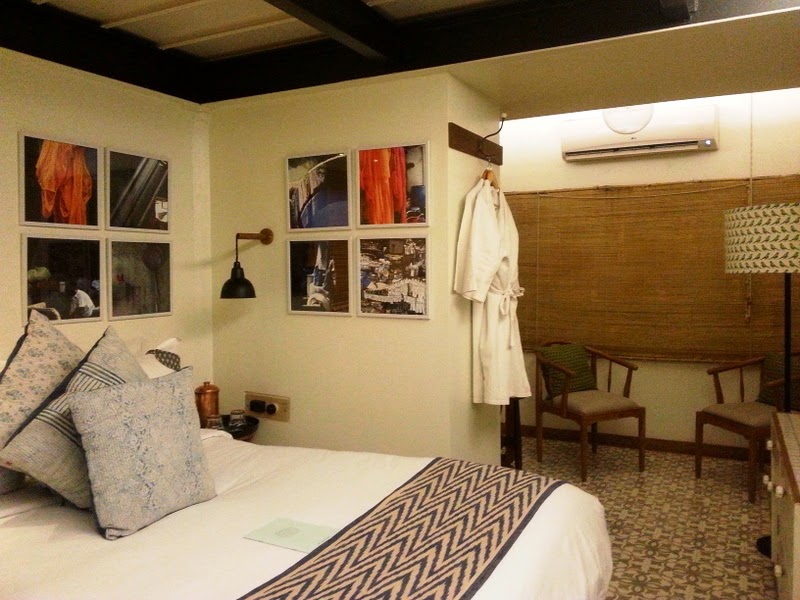 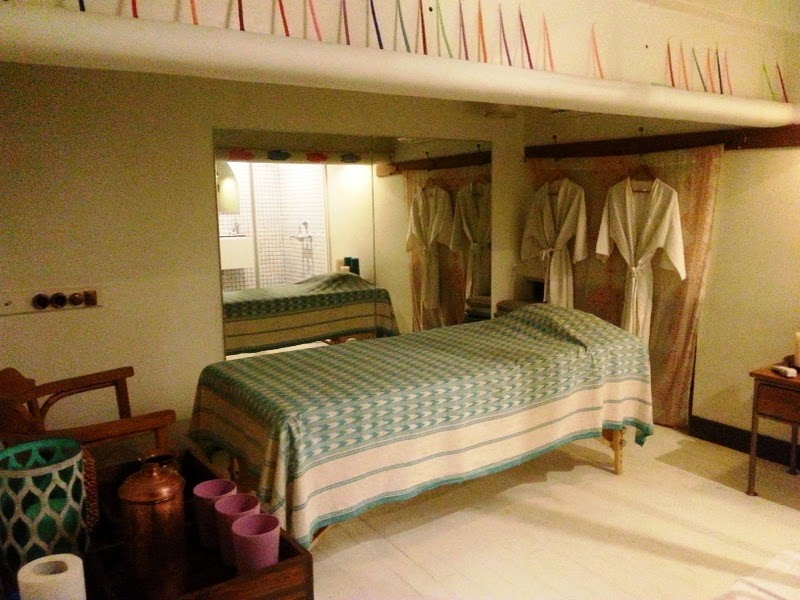