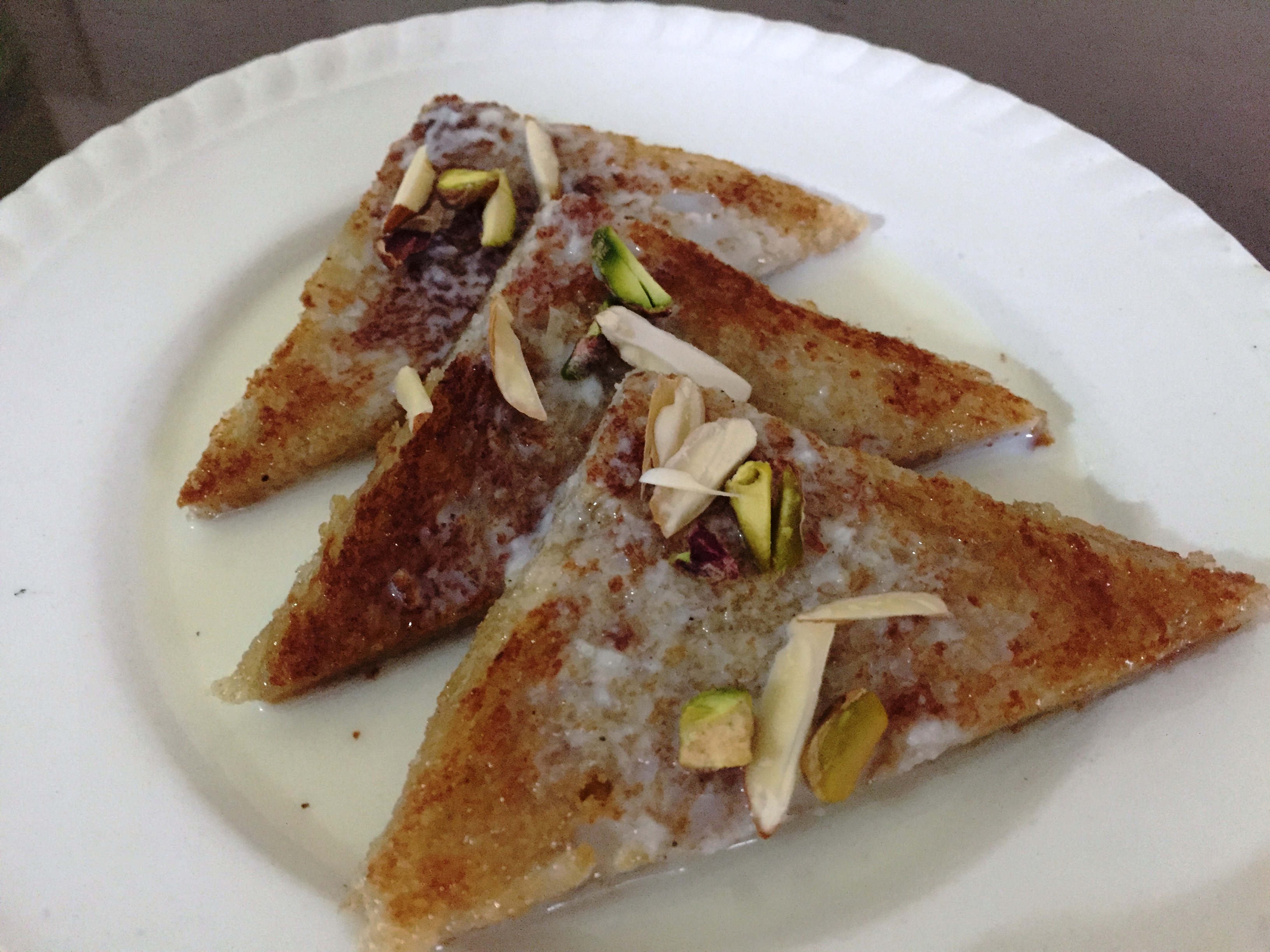 This new series of Ramadan Recipes that I’ve started is turning out to be quite tricky. It’s completely out of my element and not food I cook often but it is food that I really enjoy. To try and keep up so that I post regularly BEFORE Ramdan is actually over, I’ve picked a simple dessert that is so easy, you can make this in no time and most of the ingredients are things you might already have handy in your pantry. If not, no worries a quick grocery run and you’ll be set. This is an interesting dessert called Shahi Tukda that translates into Royal Piece.. Shahi meaning royal or rick and tukda meaning a piece. The dish is made with small pieces of bread that’s been fried so I suppose the Tukda refers to that as well as sugar, milk, saffron and dry fruits which probably give it its richness or royalty.  This is hugely popular through out the year and is similar to another dessert called Double Ka Meetha which many say is the same thing but there is a difference. The ingredients are similar or almost the same but the way they are prepared varies slightly. Both are delicious and this is my attempt at the Shahi Tukda. Enjoy!

a few threads of saffron. 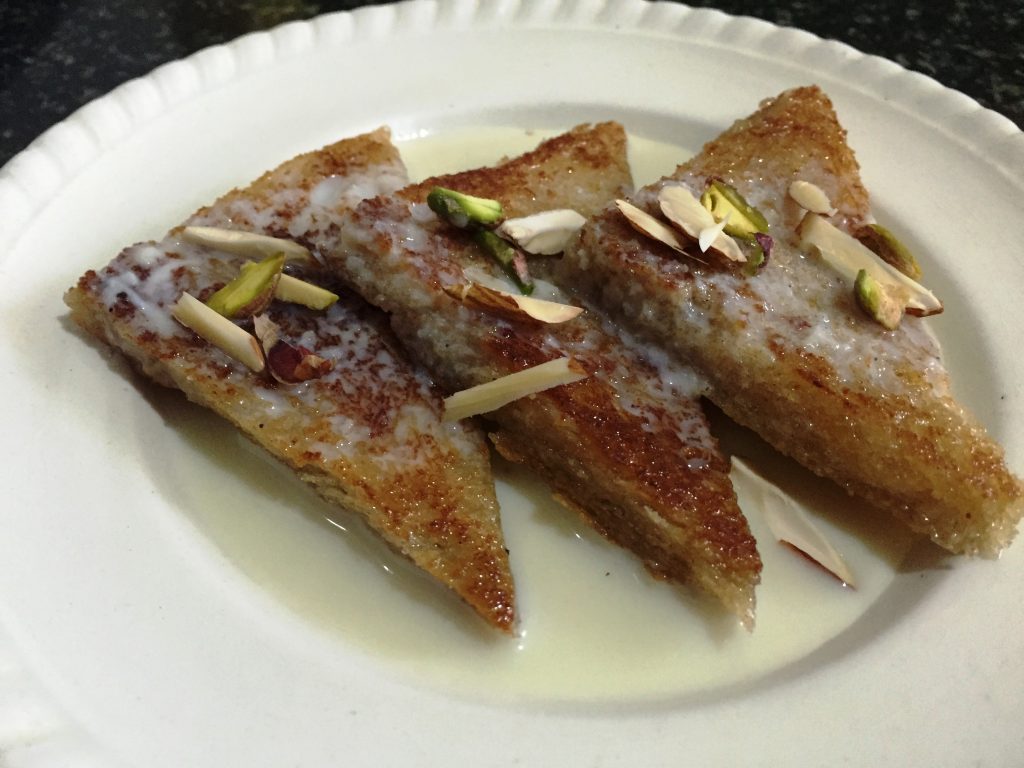 There are three elements to this dish – 1. To fry the bread 2. The chashni ( sugar syrup ) and 3. the Rabri ( sweetened milk ). You can do these side by side if you’re comfortable or liek me one after the other and then assemble. What I do is first start with the bread. The recipes asks you to deep fry the slices in a pot of ghee but what I did was just shallow fry them in a pan just till they crisped and turned brown. Once done, set aside on a plate. 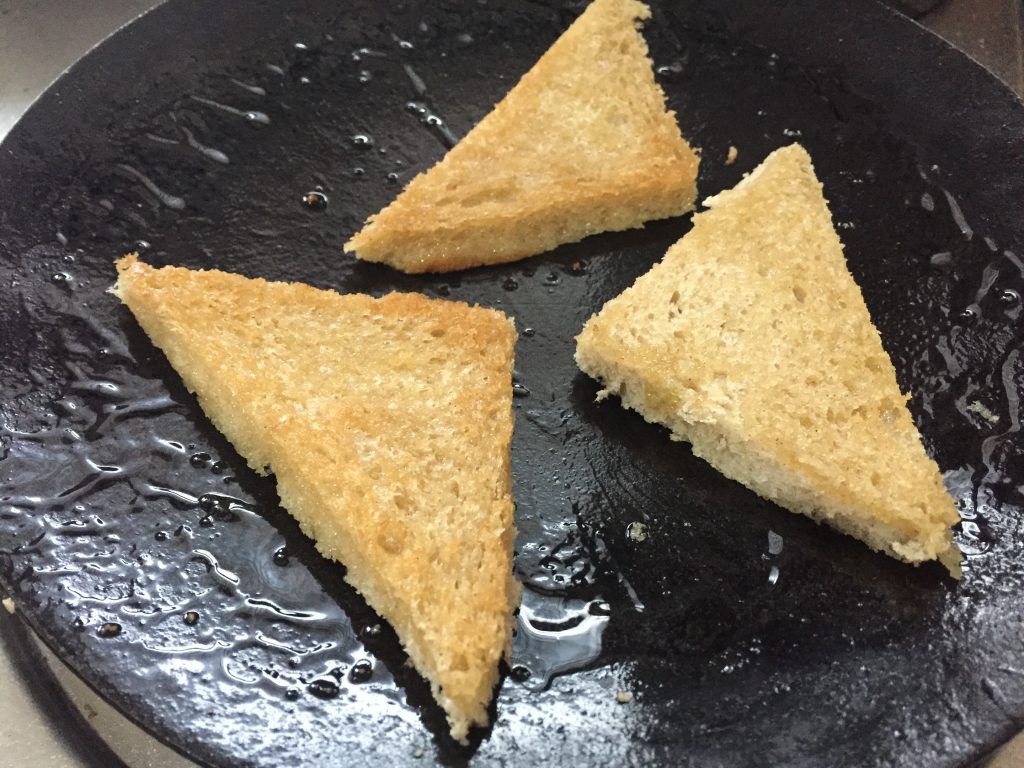 To make the sugar syrup you boil the sugar and water in a pot, keep stirring till the sugar dissolves and the mixture thickens slightly. You should ideally add the saffron in this mixture but sadly I didn’t have any so made mine without saffron and still enjoyed it. It adds a great flavour so I would recommend you do. Once done again leave aside and start on your rabri. 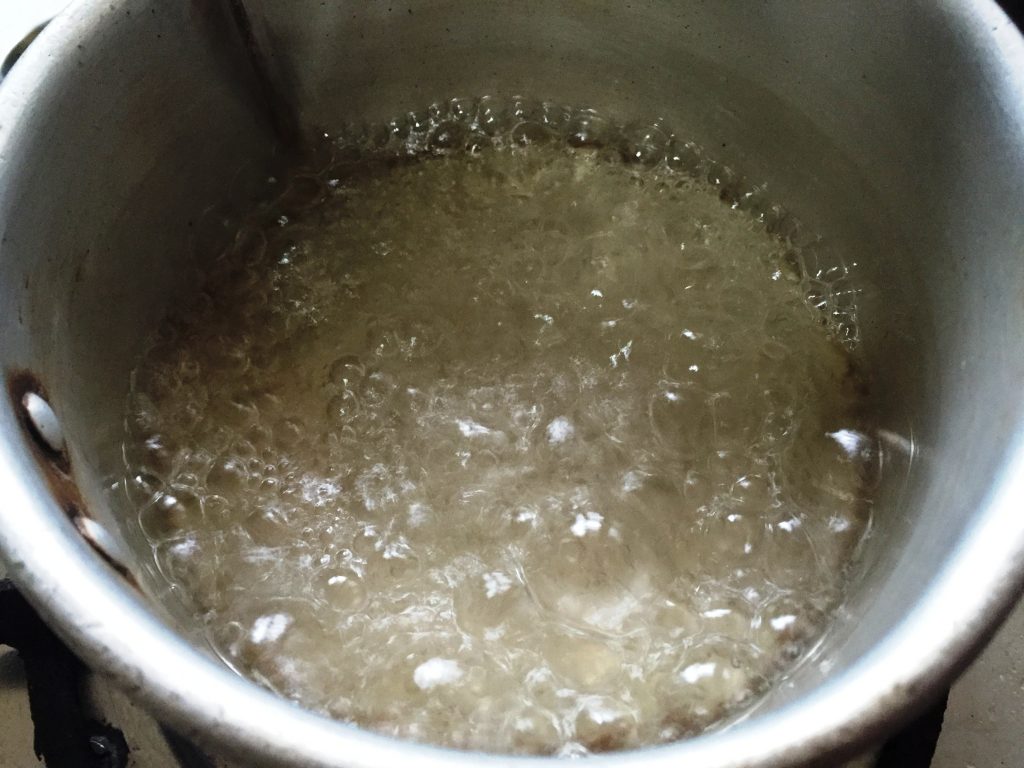 To make rabri you heat the milk in a pot and once it starts to reduce and boil add the sugar and keep stirring. Add the cardamom powder and if you like a few of the saffron as well. Keep mixing and cooking till everything mixes well and it starts to thicken slightly. Sadly my rabri did not thicken it was a liquidy one but that depends entirely on what you like. I thought the watery version worked well. 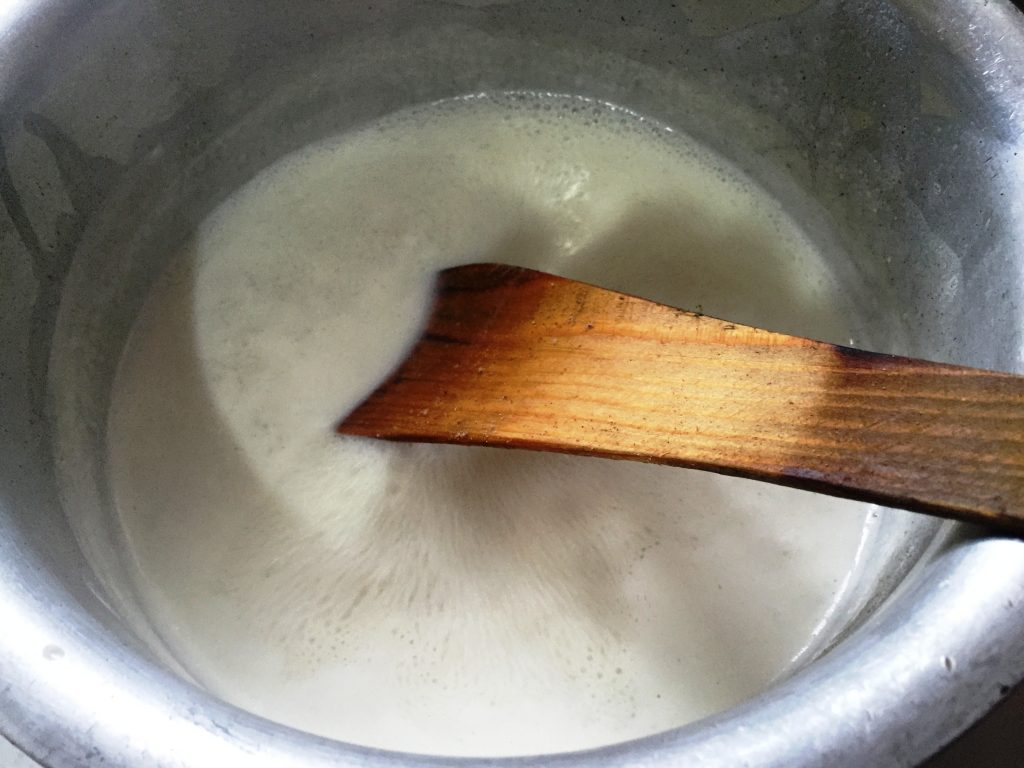 Time to assemble. Ideally if the sugar syrup has cooled then heat it slightly or just make sure that the rabri is hot. It tastes best when its served hot. Dip the bread in the sugar syrup and let it oak on both sides for a couple of seconds. place the bread on your plate in whatever manner you like. Drizzle or rather pour the hot rabri gently over the bread and then garnish with the chopped or sliced nuts. 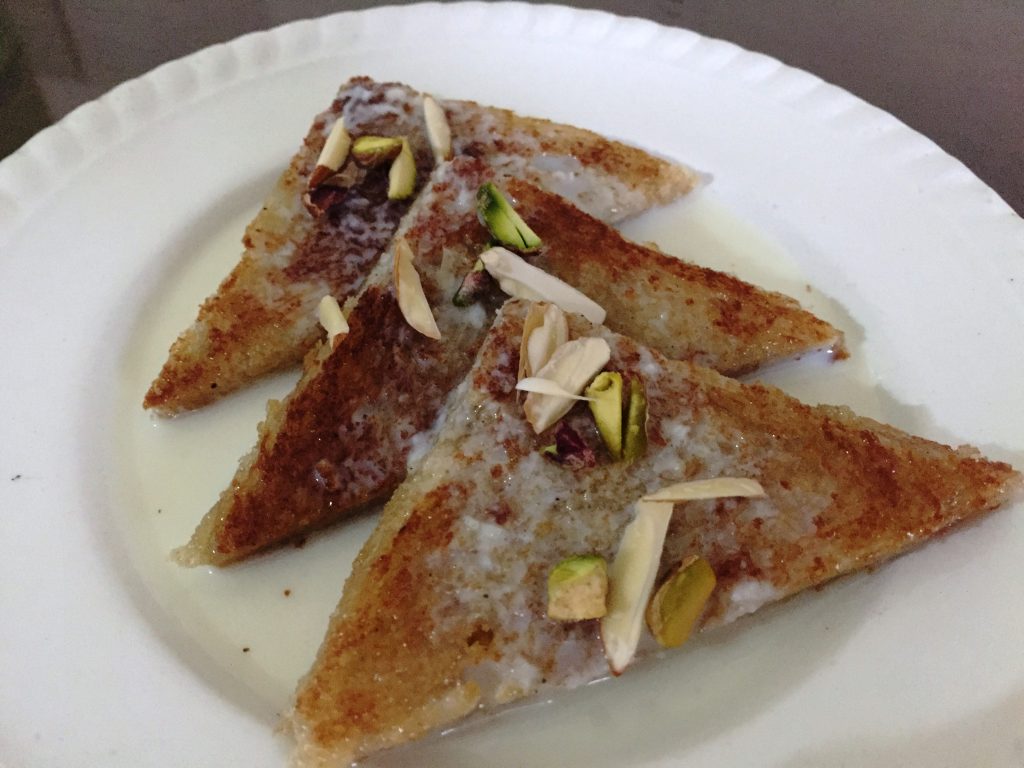 I ended up serving this hours after I made it so was lazy and just assembled it all and then popped it into the microwave for 20 seconds and then spooned another last layer of the rabri on top before serving. Was just as good 🙂 I’ve used a white plate so you can’t tell but all the rabri has settled in the plate at the bottle like soup so that’s how it should be so you can scoop it up and eat 🙂

The Wonderful World Of Fantasie!

My First Impressions Of Indonesia