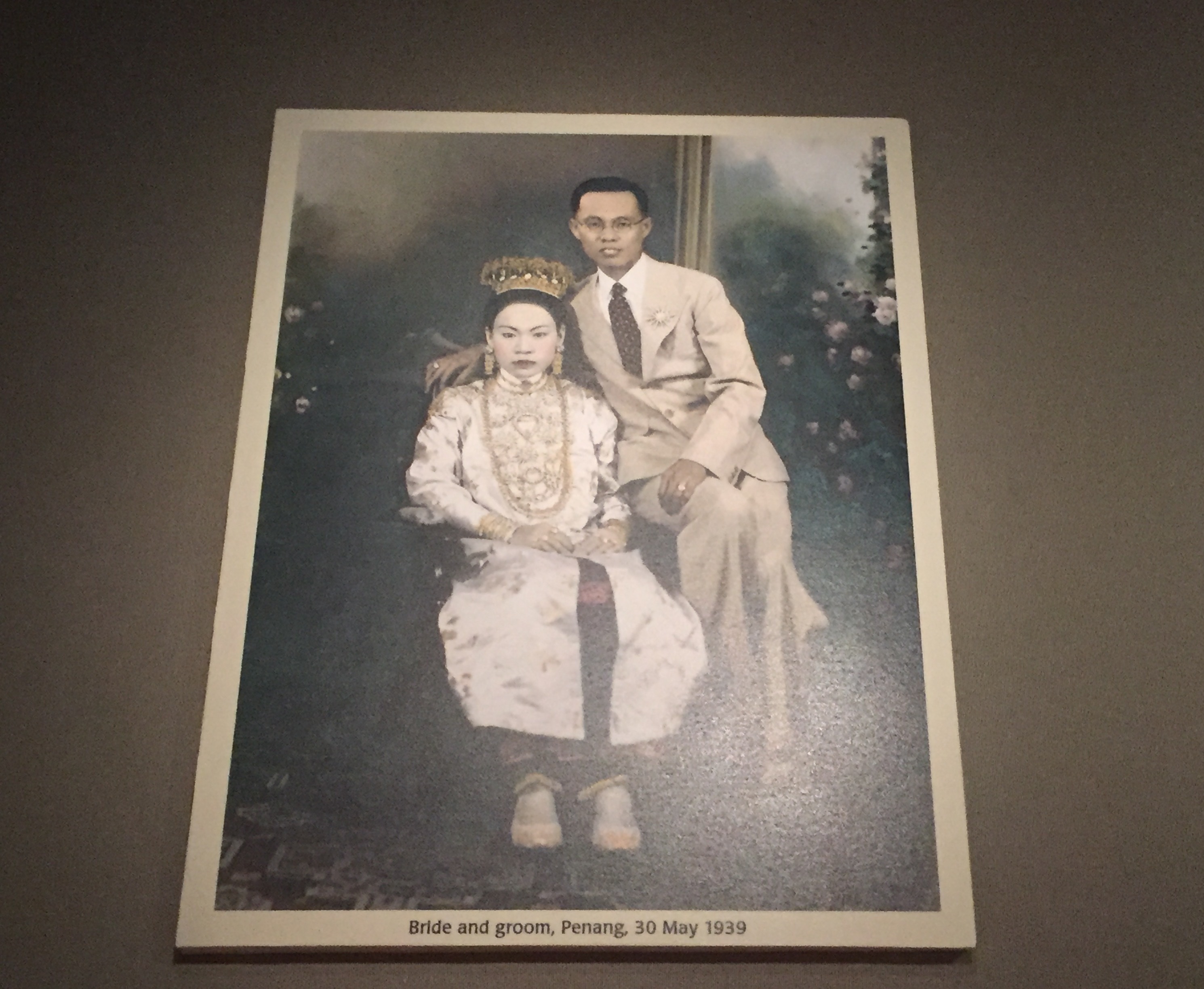 A trip to Singapore is always full of fun frolic shopping and great food. Plenty of tourist attractions and enough to occupy you. I find this small but incredibly evolving country fascinating. With four official languages ( English, Mandarin, Malay and Tamil ) and is own history and heritage, Singapore has come a long way from being a tiny little speck on the map. I’ve been to Singapore a fair number of times so I’m always looking for something new. Despite visiting a couple of time earlier, it is only on a recent trip where I learnt about the original inhabitants of Singapore and how they’re still holding on to that culture. 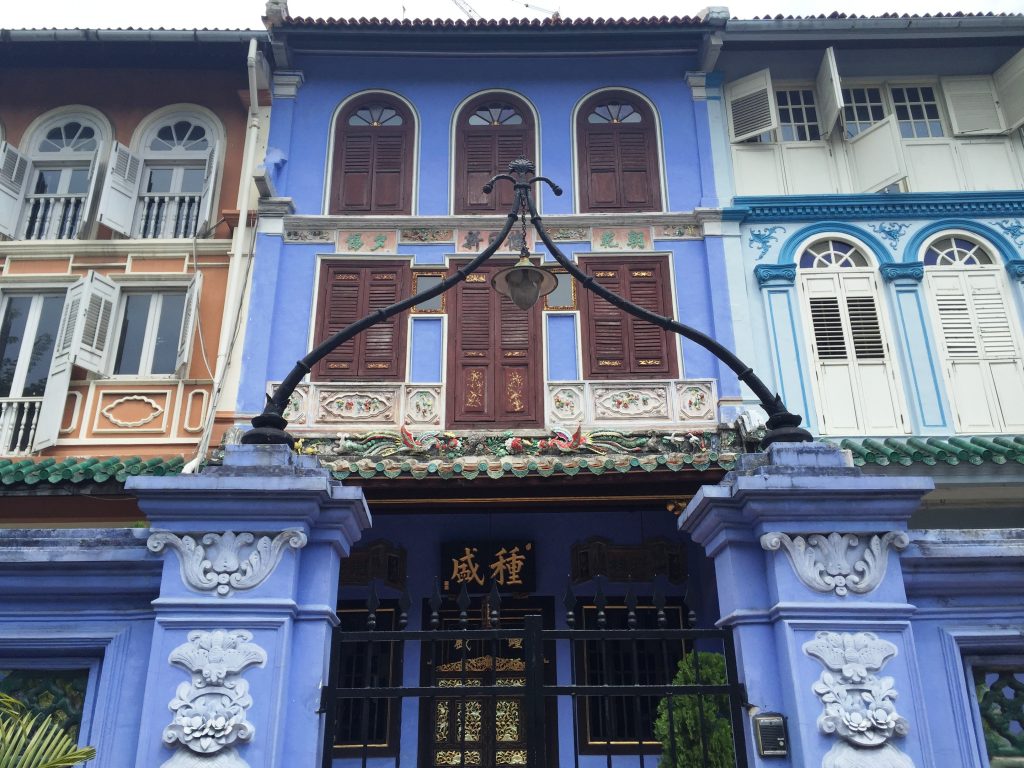 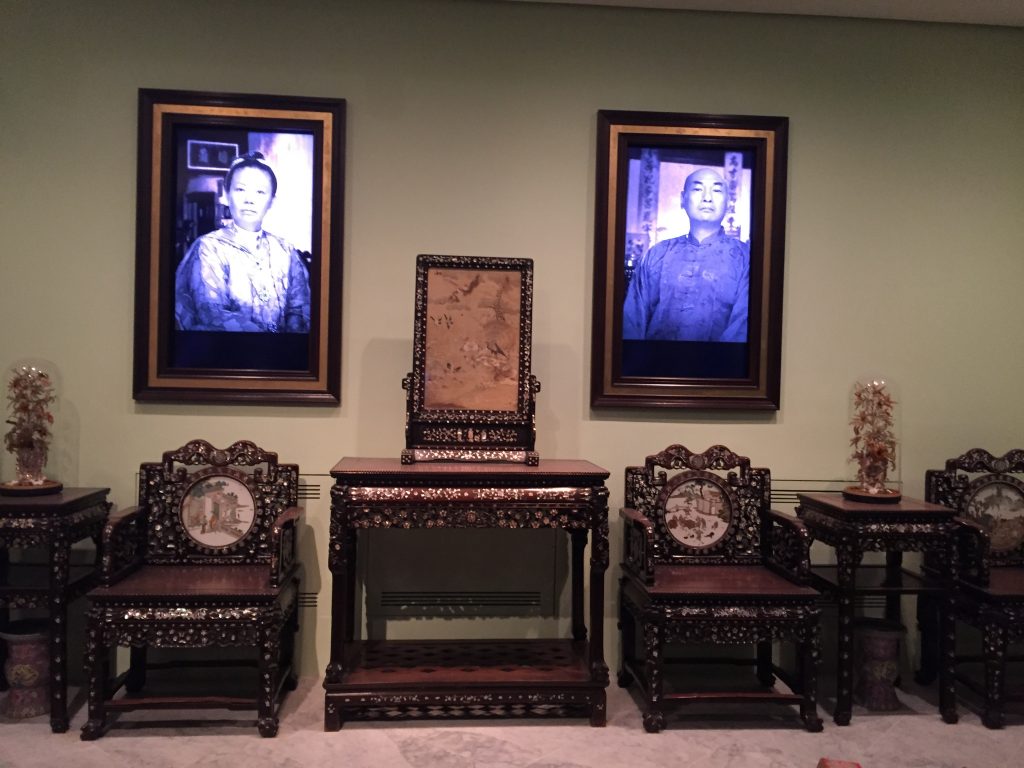 Singapore has been home to many immigrants over the years, the Chinese, Indian and even  Indonesian migrants over the years. They’ve of course played a vital role in shaping the country as we know it today and you can find their influence all over including the cuisine. Though before these migrants, the original inhabitants were the Malays. I suppose in those days it was all part of Malaysia and due to its proximity it was probably all considered one area before it officially became two countries. Singapore being a port city attracted a lot of Chinese traders and when these Chinese men married a local Malay woman, their children were known as Peranakans. Many folks in Singapore are Chinese but a lot are Peranakan which means they are not entirely Chinese. In some cases Muslim men married Malay women and they were known as Java  Peranakan and if they were Hindu then Chitty Peranakan. Oddly enough, you need to marry another Peranakan to continue the legacy. If say a Peranakan marries an Indian or Chinese, their child isn’t considered to be Peranakan anymore. 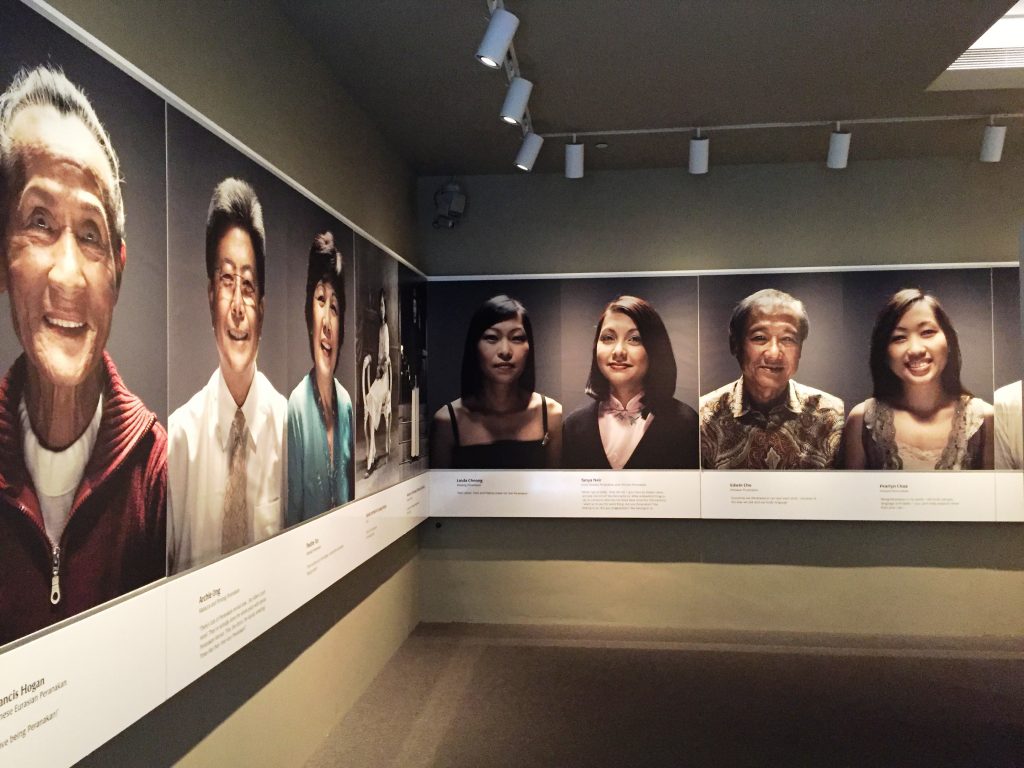 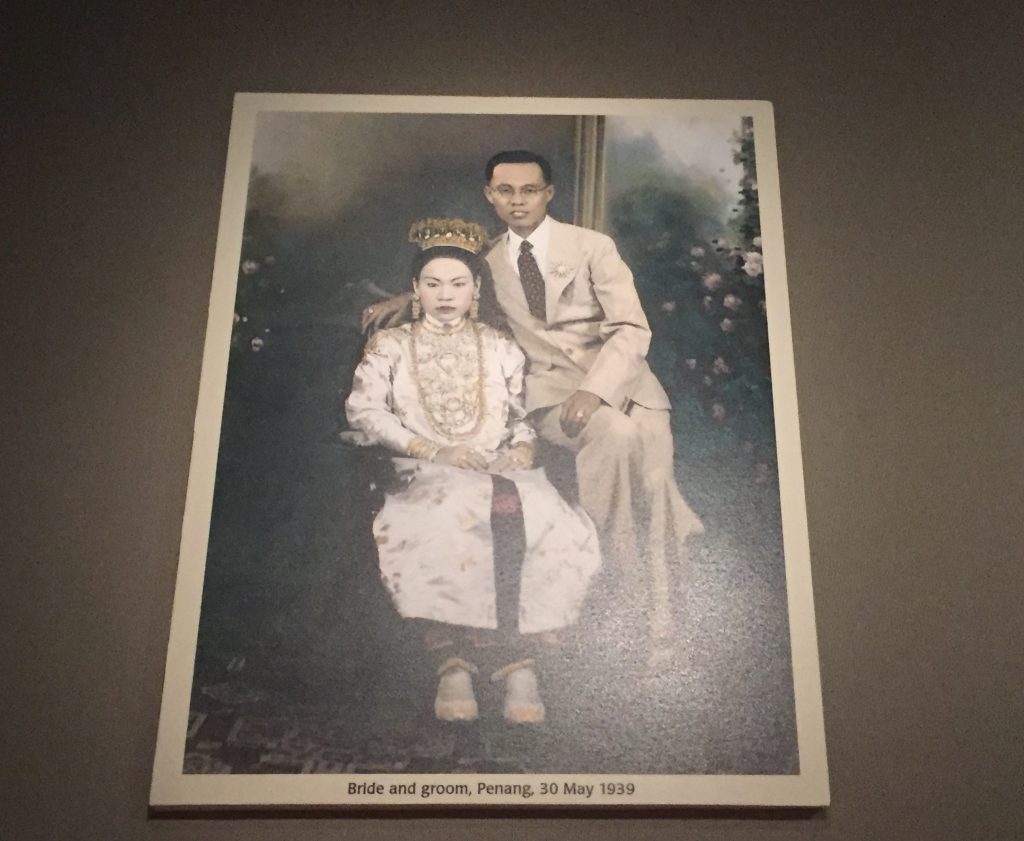 Their houses are distinct, their furniture, their love for porcelain crockery and intricate bead work on their shoes and clothes. I find it interesting because when you look at them you think these are typically Chinese but in fact they’re not entirely. The Peranakans were more educated and always occupied higher posts. They would send their children to missionary schools as they believed in education. They have their own traditions and customs like a groom would gift this to be bride materials and she would stitch him an outfit, a test to see how good her sewing skills were. Match makers would pass by from house to house and listen to the ryhthmic pouding of the mortar n pestle. If they felt it was being done right, that meant the girl of the house had skills and would make a good bridal match. Women were specifically taught beading work and believe it or not the Kebaya which is their national dress ( also the inspiration for the Singapore Airlines uniform) is a typical Peranakan outfit. No buttons on the Kebaya however, it would be held up with intricate broaches. 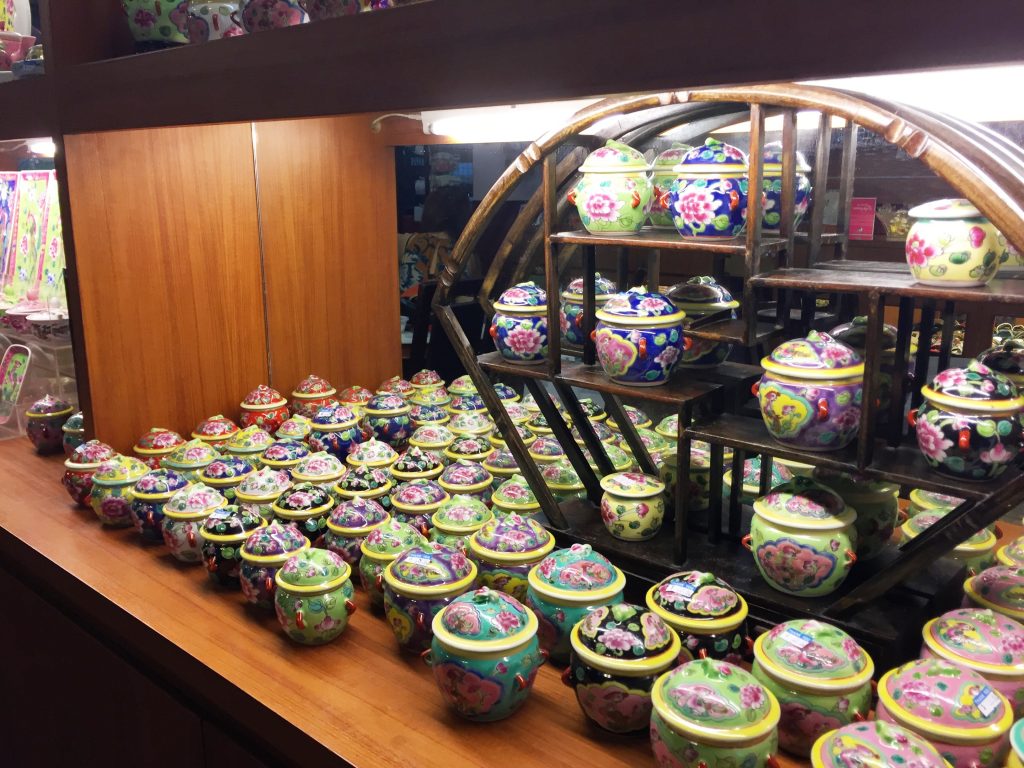 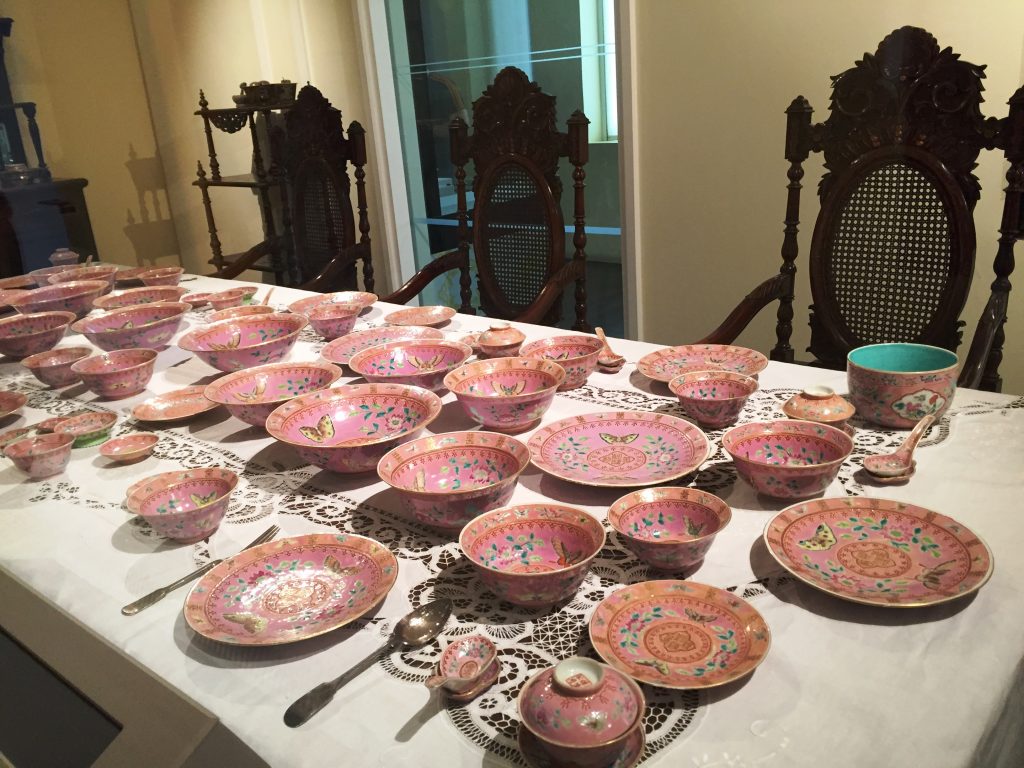 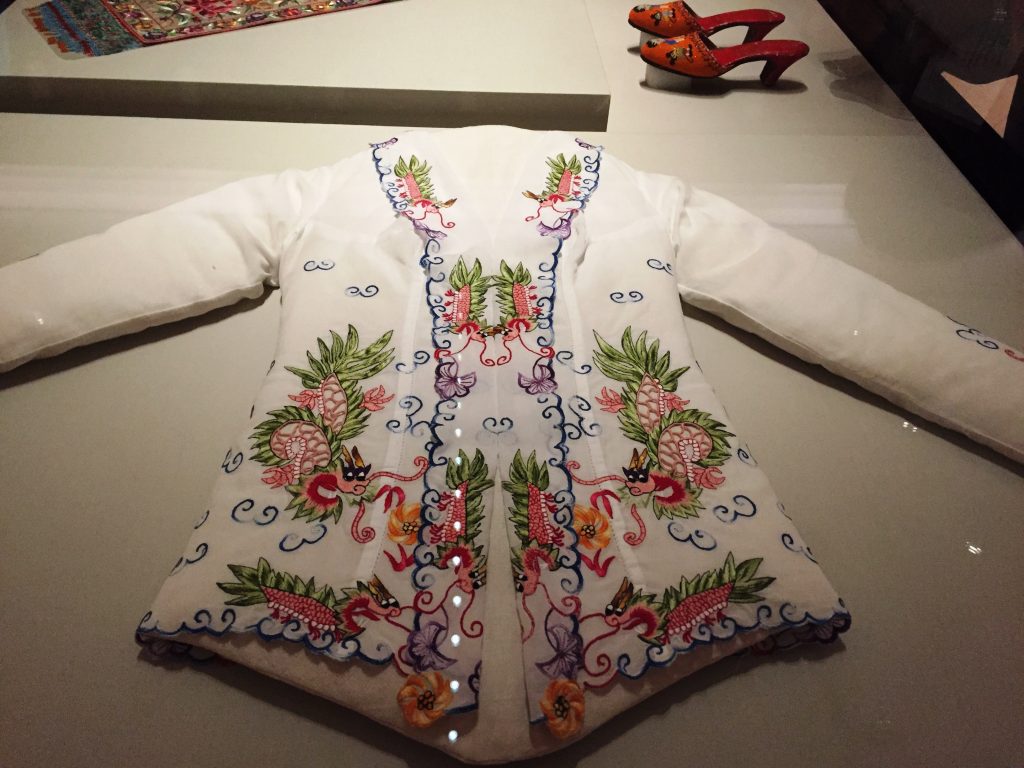 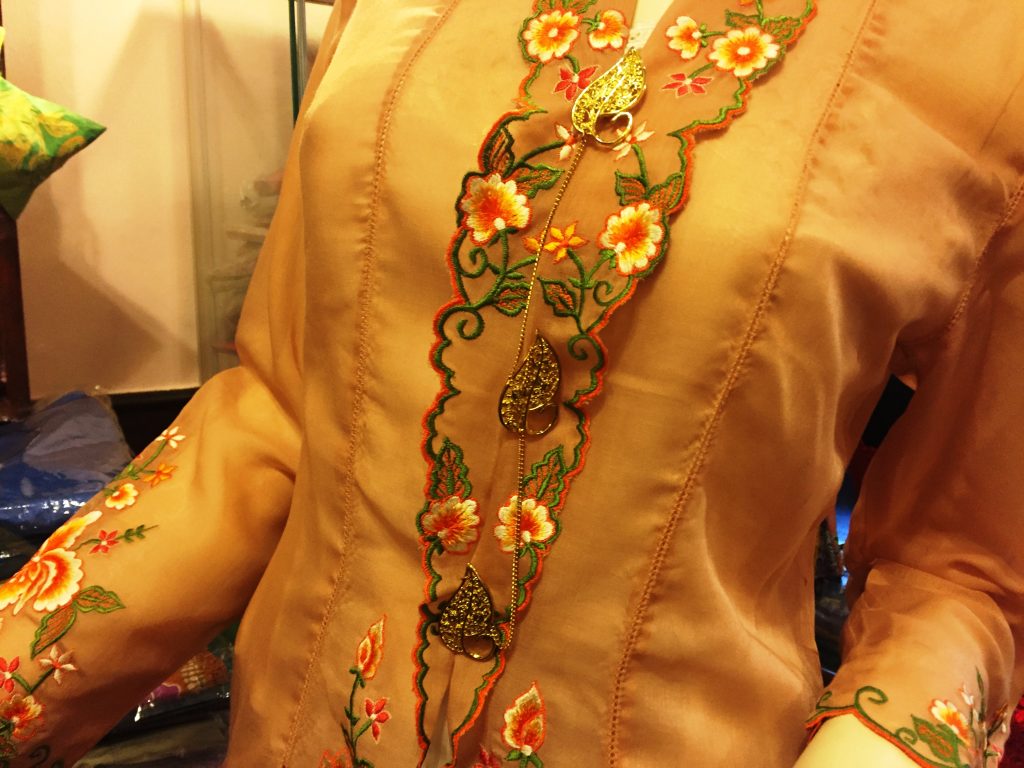 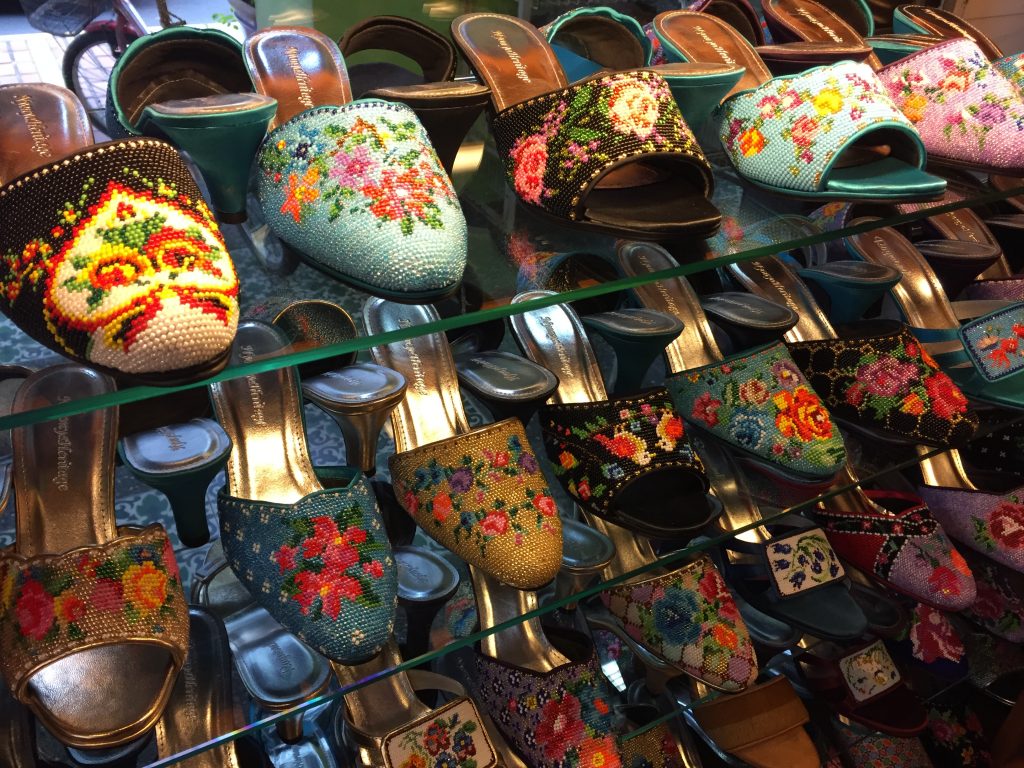 Apart from their own traditions, the Peranakans other great contribution to Singapore is their unique cuisine. The food in Singapore is greatly influenced by the people that live there namely the Chinese, Indians and Malays but while they have their dishes the Peranakan ones are slightly different. Nyonya food ( Nyonya is often referred to a Peranakan woman ) is what the Peranakan cuisine is commonly called. The most famous being the Ayam Buah Keluak which is a chicken cooked with black nuts. The Buah Keluak is a large fruit native to Indonesia. The fruit is considered poisonous and after harvesting it is burried in sand for over a 100 days after which the seed it removed and the rest of the poisonous fruit discarded. The seed is further soaked and scrubbed to remove any trace of poison and then cooked with the chicken.  You can scoop out the flesh inside the nut which is incredibly tasty, smooth and almost paste like. 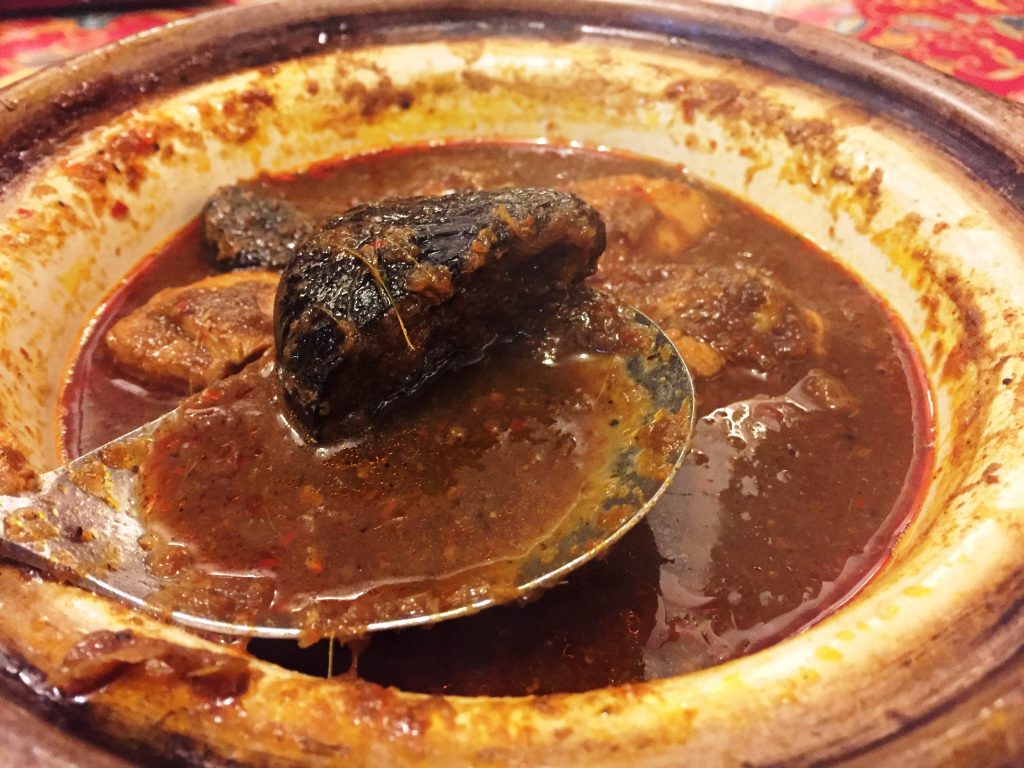 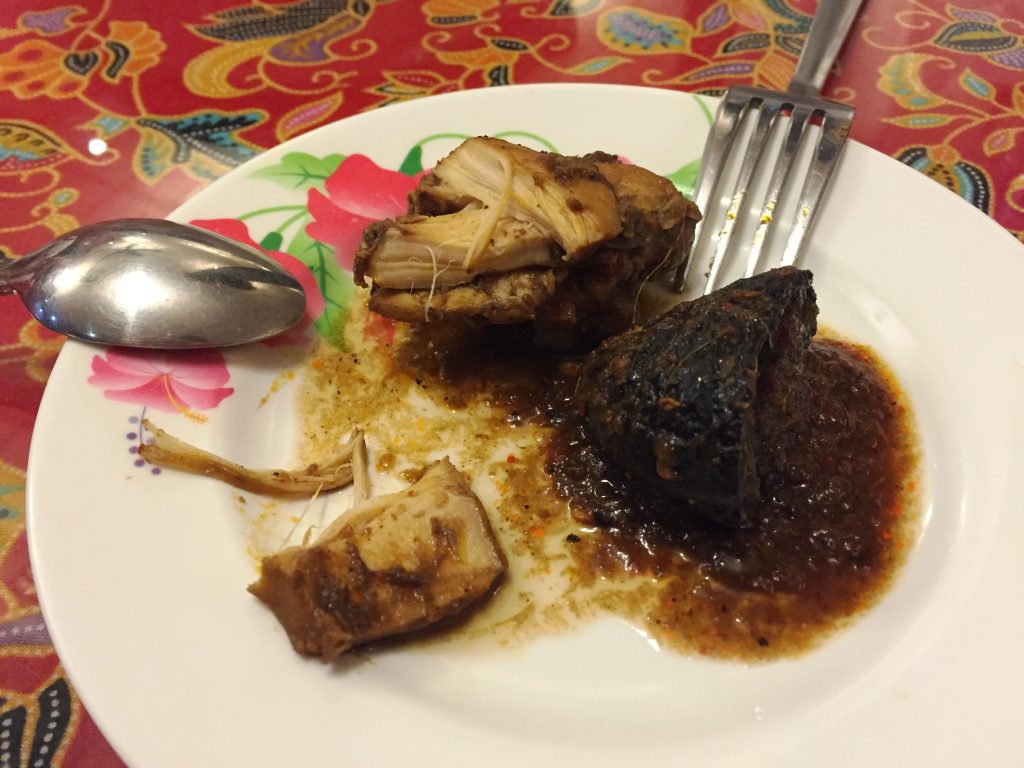 Sadly the number of Peranakans are dwindling and not many speak their language. The food is available at special restaurants but it seems that along with the fast pace at which Singapore is developing, the traces of Peranakan heritage is fast disappearing. To learn more about these Chinese migrant descendants, you can visit the local Peranakan museum in Singapore. 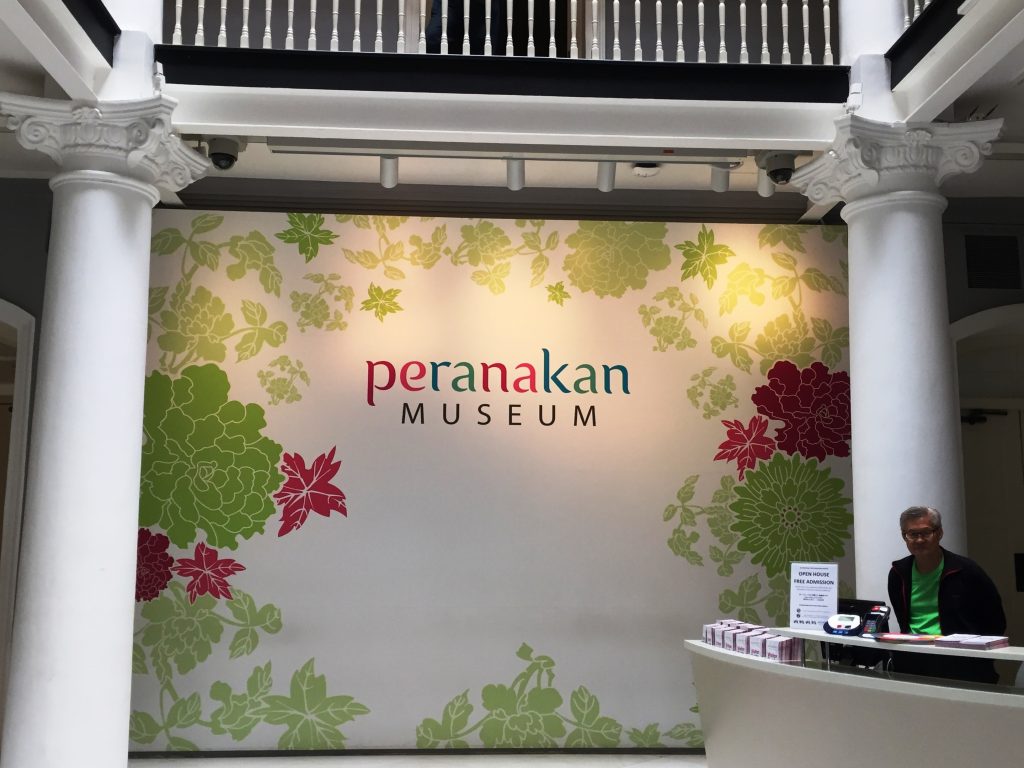 Disclaimer : I was invited by the Singapore Tourism Board and Singapore Airlines to Singapore for an association. One of the places we visited was this Peranakan Museum which I found extremely interesting and hence wrote about. As always thoughts and opinions are entirely my own.