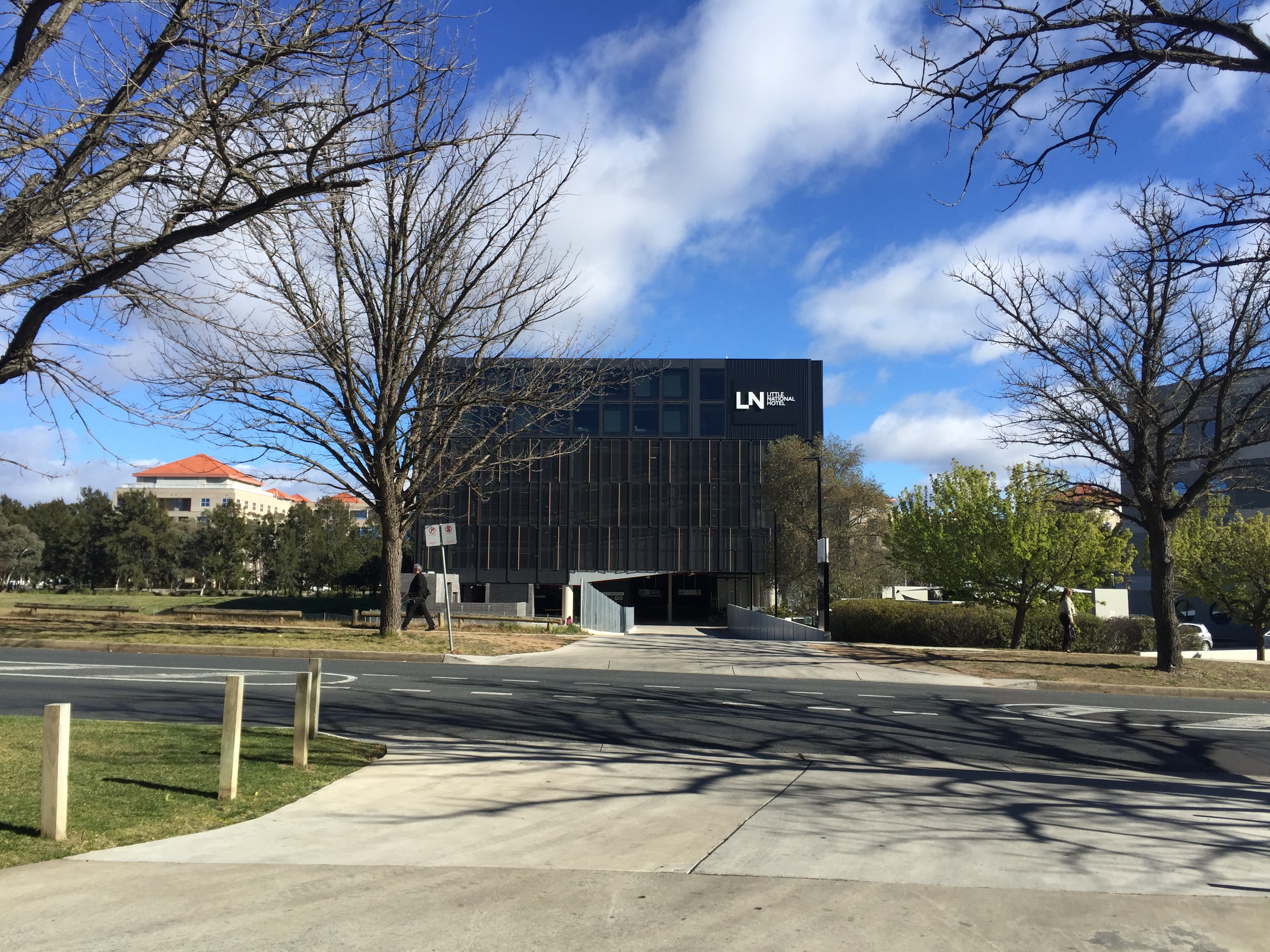 If I’m being completely honest, I had no idea what to expect from Canberra. Most journos that had visited seemed to think very poorly of this Australian capital calling it dull or drab in comparison to the action packed and might I say highly more advertised Sydney or Melbourne. Thankfully I’m the sort of person who liked the destination to speak to me and surprise me and oh my god did Canberra surprise me ! I’d go as far as to say it delighted me and my only regret is that I didn’t have enough time to do justice to all that this fun city had to offer.. 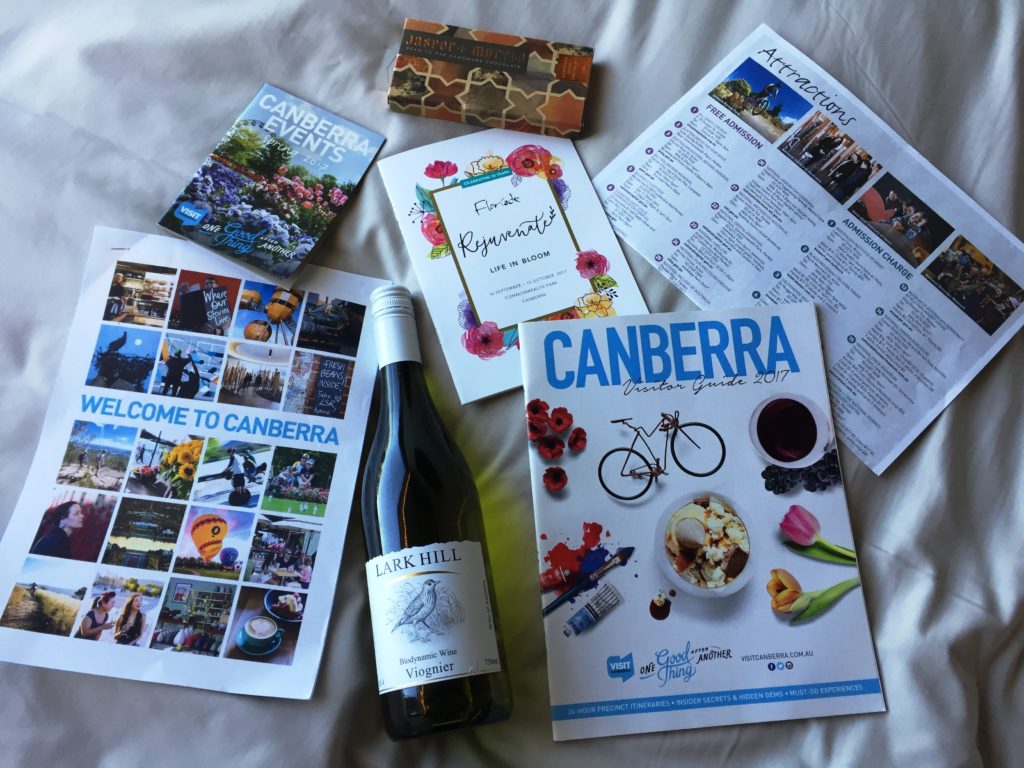 So perfectly situated between Sydney and Melbourne that sadly it just gets overshadowed by them. The truth is Canberra has it’s own identity and in my opinion giving some serious competition to other Australian cities when it comes to their culinary scene.

It’s best to orient yourself with the city by  doing a round up of all the popular spots like Parliament house, The Australian War Memorial, Anzac’s Parade, The Modern Art Gallery etc. A lot of emphasis on Australian history which is interesting because it’s such a young country.

For me, I was more interested in discovering the hottest eateries and Canberra did not disappoint. Try popping by the Local Press Cafe for a decadent breakfast. Plates piled high with all sorts of eggs/veggies on toast and thick luscious pancakes among other delights. The Urban Pantry is another great pick for a light lunch. I’d recommend the steak plate that comes piled high with some of the crispiest tastiest fries. If you’re in the mood for a coffee or dessert then pop across to Patissez or any of their other locations and indulge in Canberra’s claim to fame, their own invention that has taken over the world  – the Freakshake, which really is the Freakiest milkshake. Dinner calls for a more elegant meal and Lilotang at the Burberry Hotel is wonderful for Japanese but I really like the casual chic Monster Bar and Kitchen that has some of tastiest plates you can find in the city. Akiba is awesome for a more trendy meal in what one would call the city center and Dolce Vita is an adorable bakery with the prettiest sugary treats but their smoked salmon asparagus bruschetta is just a dream. If you’re more interested in a drink or tipple then the legendary King O’Malley’s pub is a great spot for beer or then the Tipsy Bull that offers more than 100 different types of Gin. What can I say, Canberreans really enjoy their food! 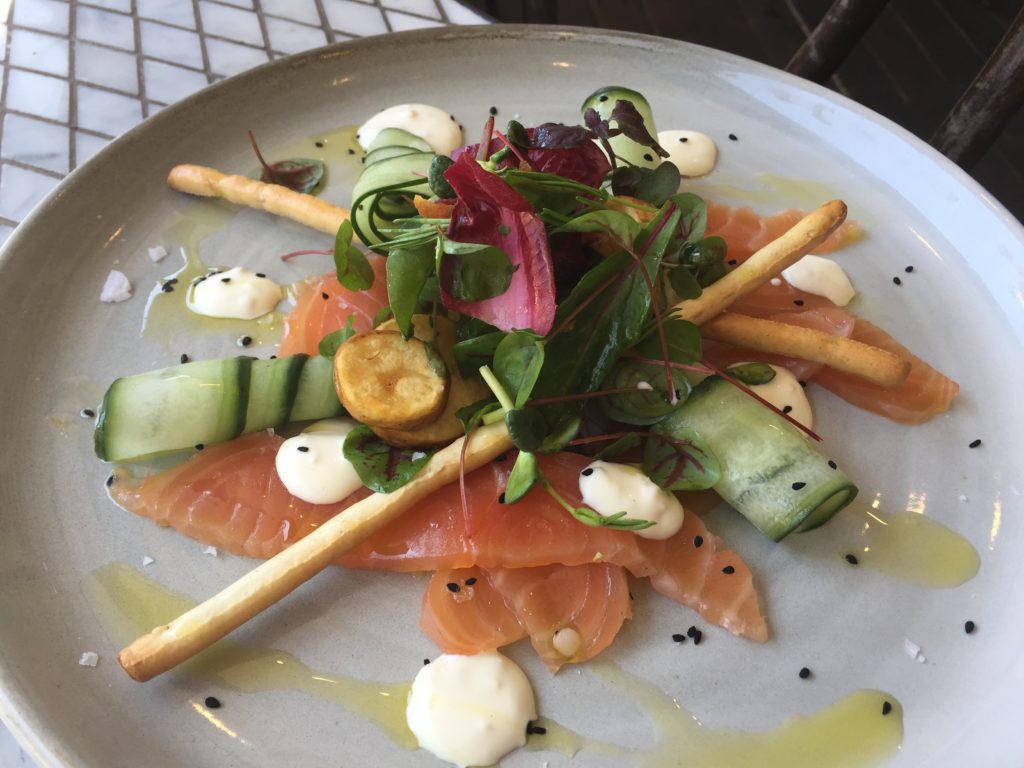 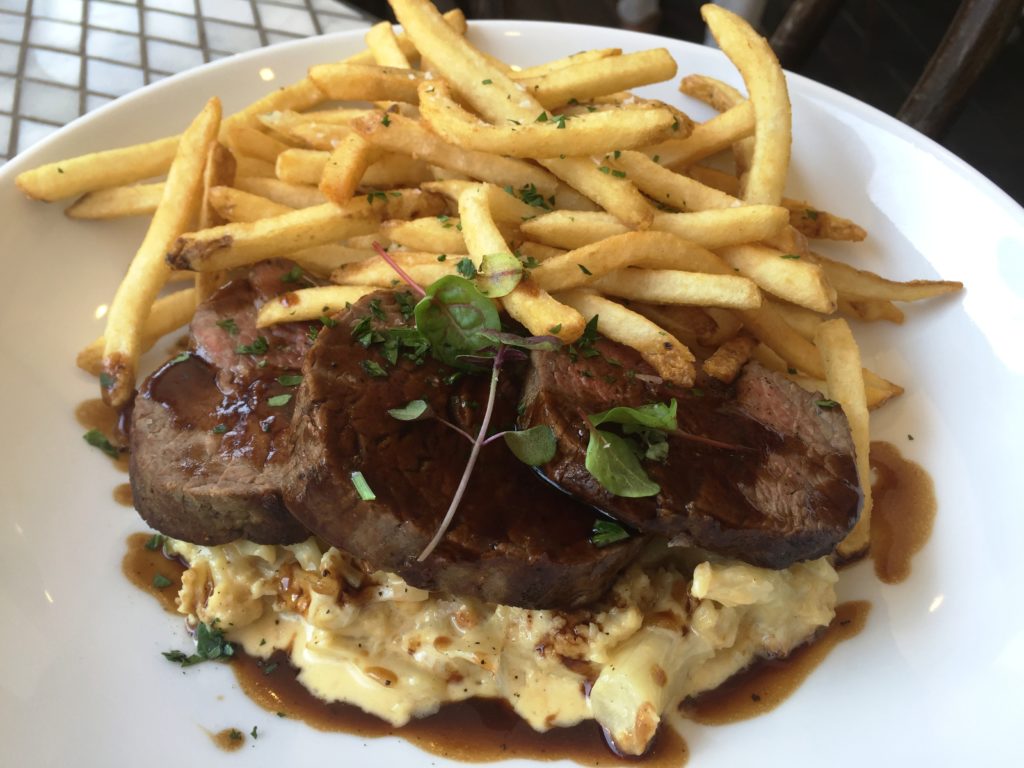 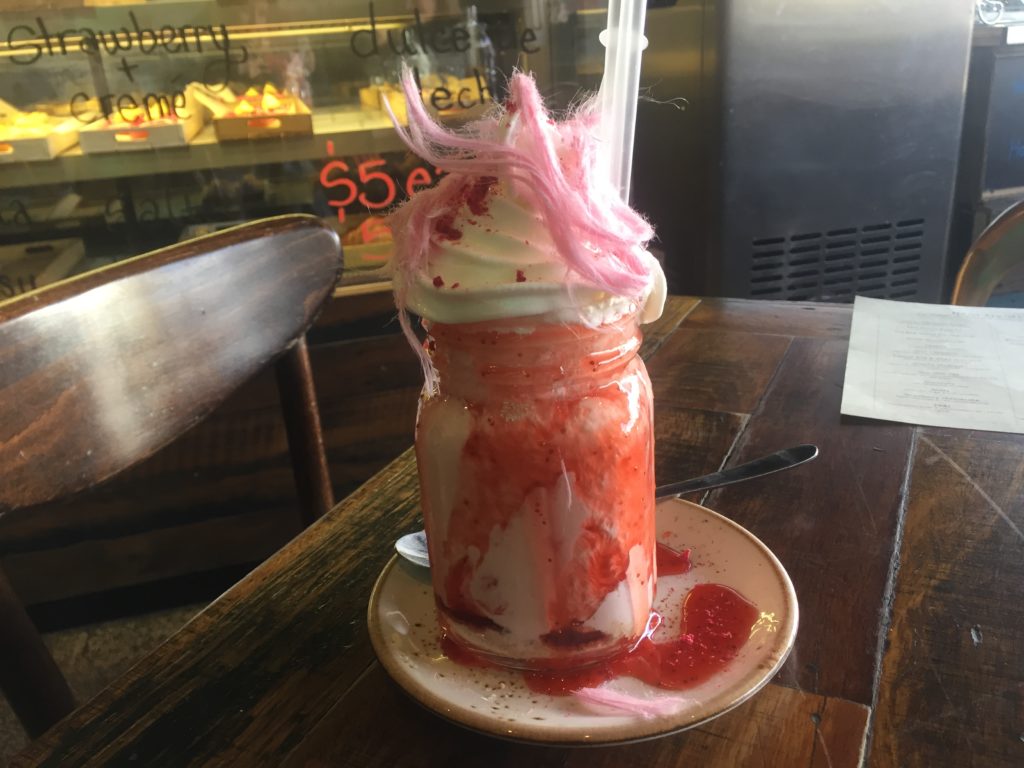 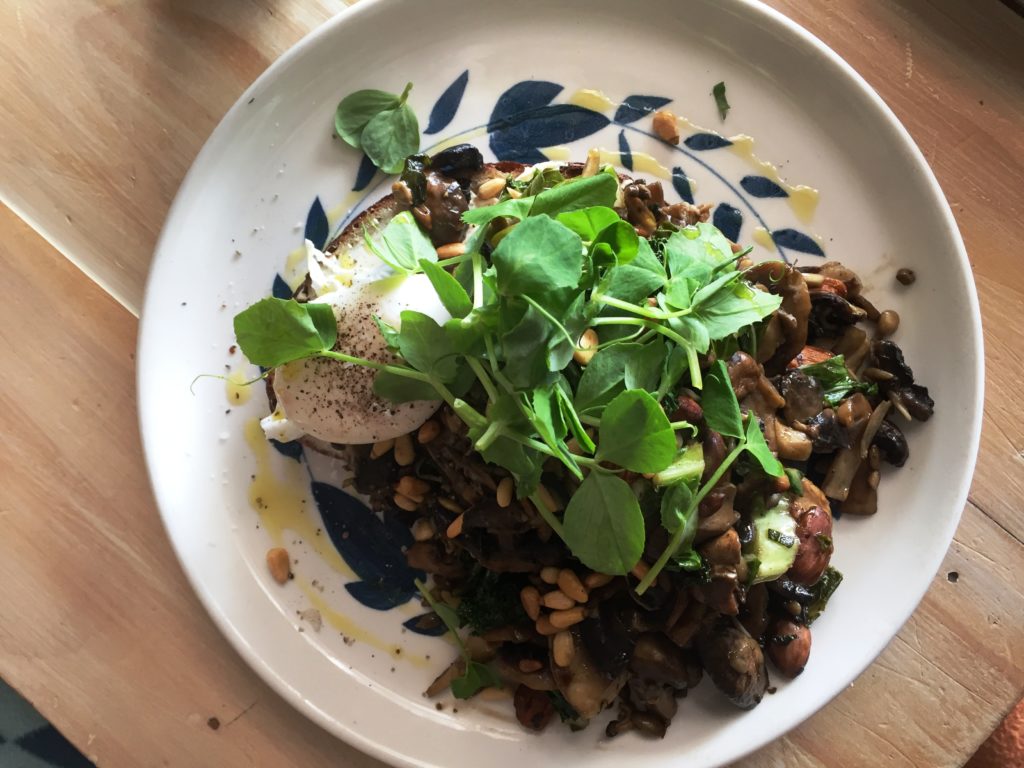 Plenty of wine around here that pairs excellently with all that amazing food and if you’d like to enjoy a day driving through the country side from one winery to another sampling the best of the best then Carol from Canberra Winery Tours is who you need to call. There are all sorts of tours but I picked a half day one, visited four unique wineries, most of which are family  owned and produce some excellent award winning blends and even enjoyed a hearty lunch at one them. The WilyTrout winery has its own restaurant aptly called Poacher’s Pantry since it’s known for curing their own meats so if you need a little nibble from all that wine then hop on over. 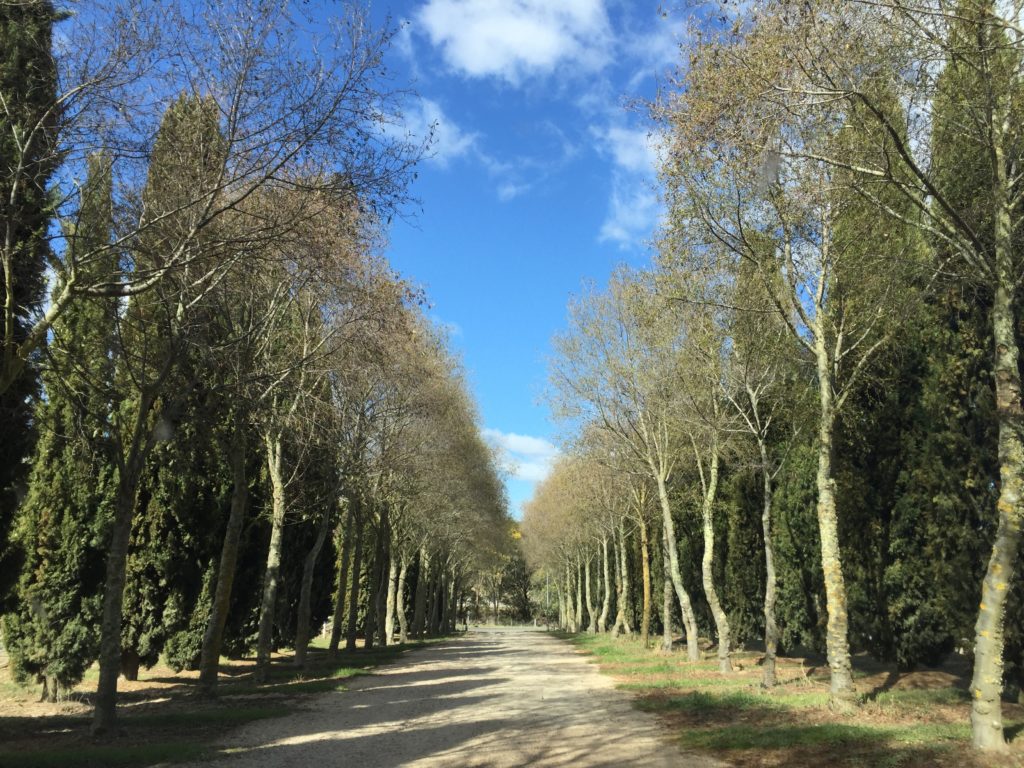 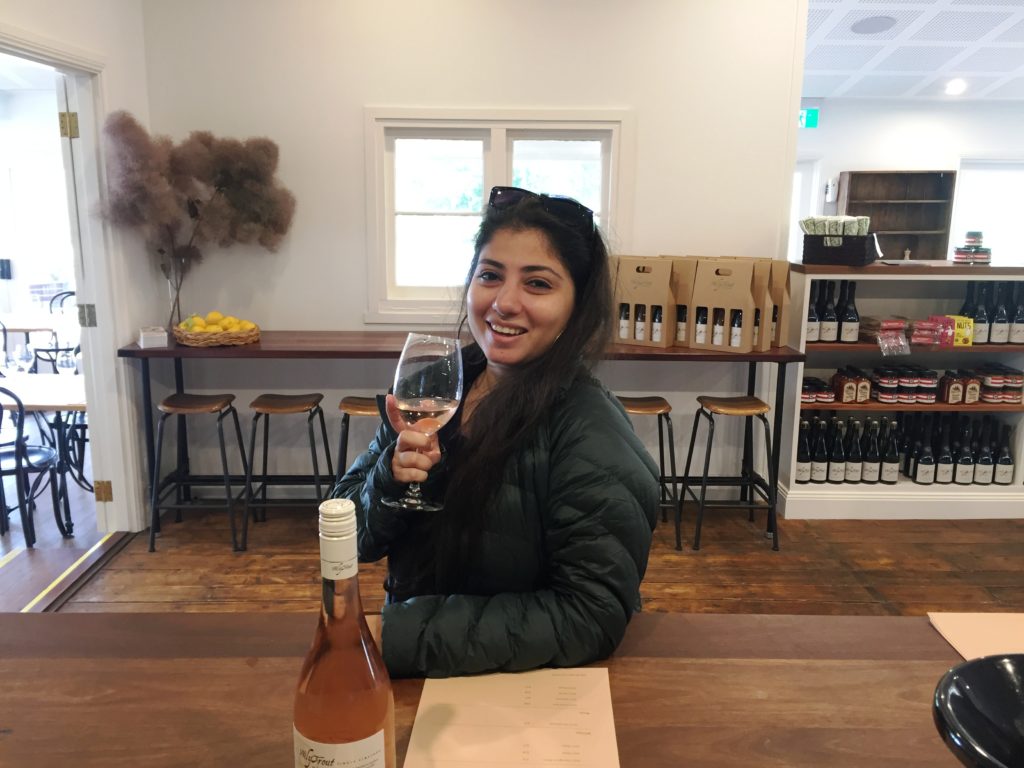 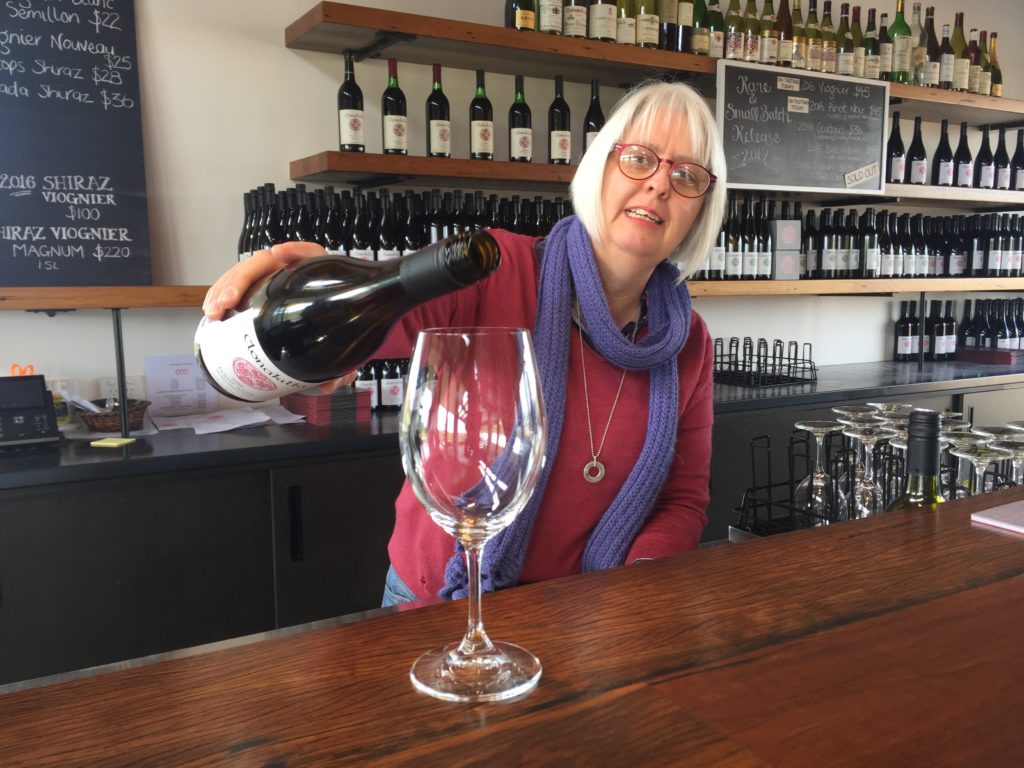 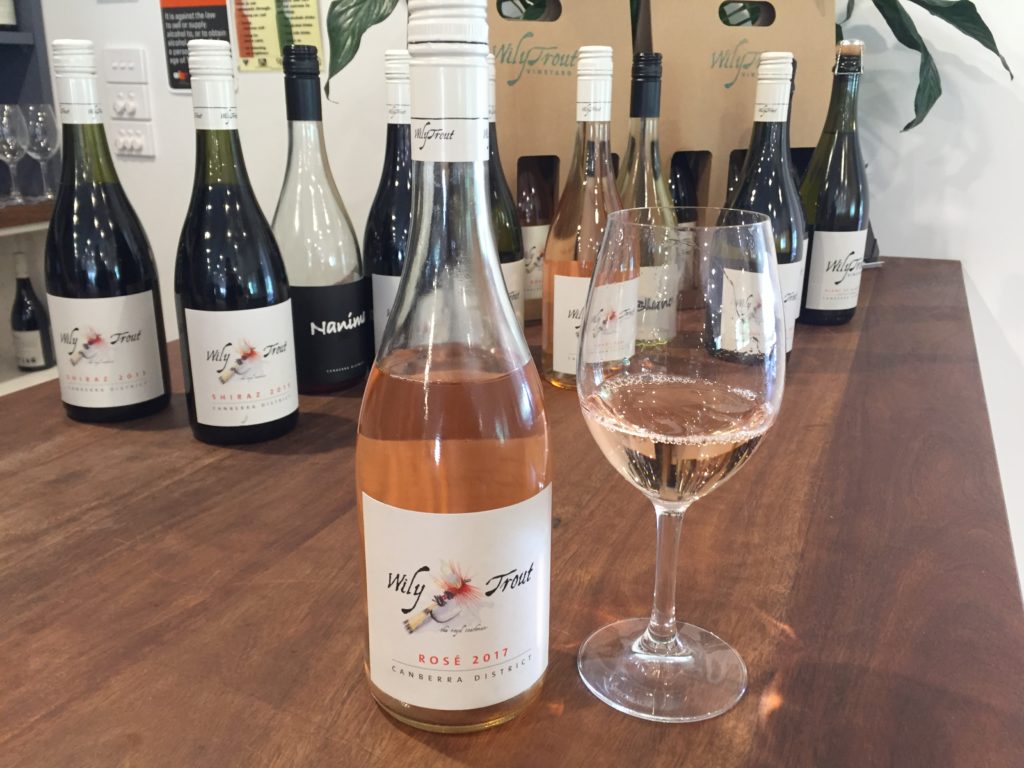 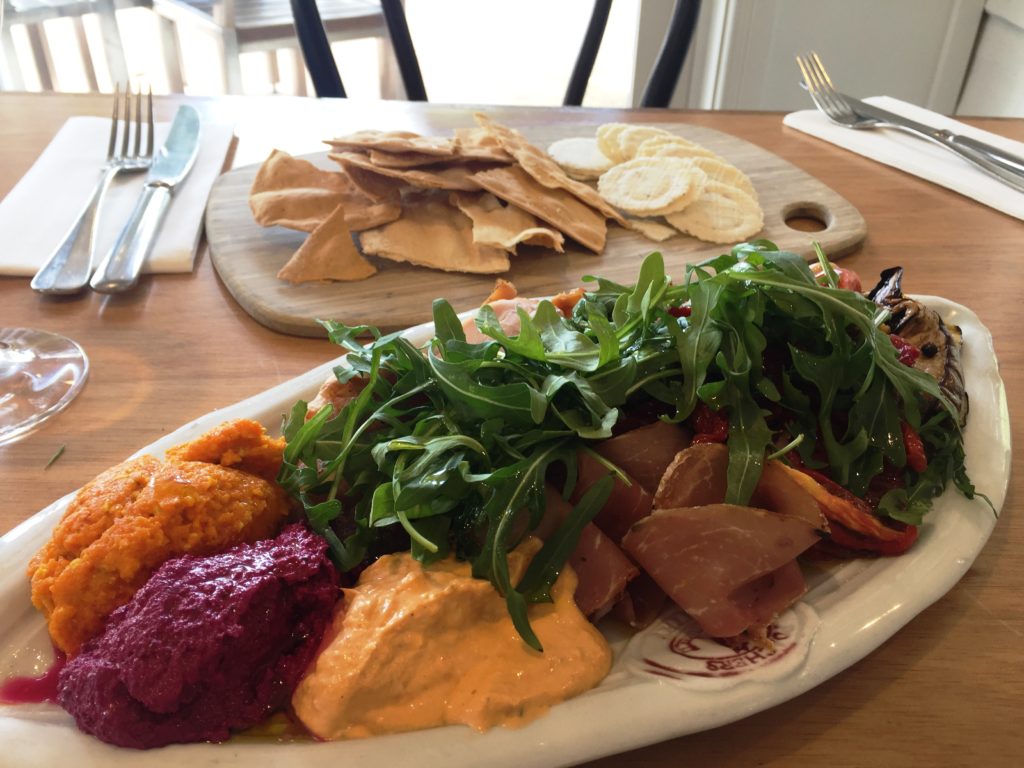 I always feel a public festival is a great way to really bring together a community and for me to experience Floriade, the annual flower festival in Canberra just reminded me of how much I enjoy these community driven events. Back home ( in Mumbai ) I’m part of a large scaled event and it just made me so happy to be at something similar in another part of the world. The festival highlights various types of flowers but is full of stalls, food vendors, little demonstration based workshops, Ferris wheels and games, buskers and children’s play areas. You could spend the day wandering around taking it all in. I stumbled across a smaller section dedicated to children’s performances and was awed at the most incredible performance by a middle school choir band and a kindergarten class singing and strumming their ukuleles. 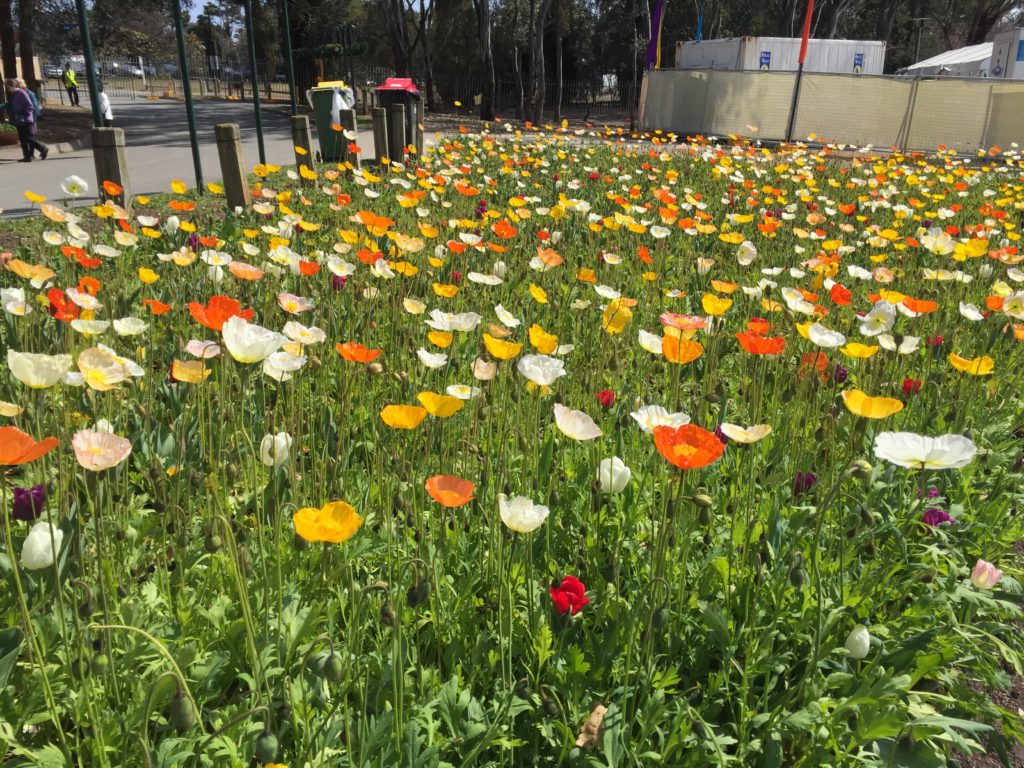 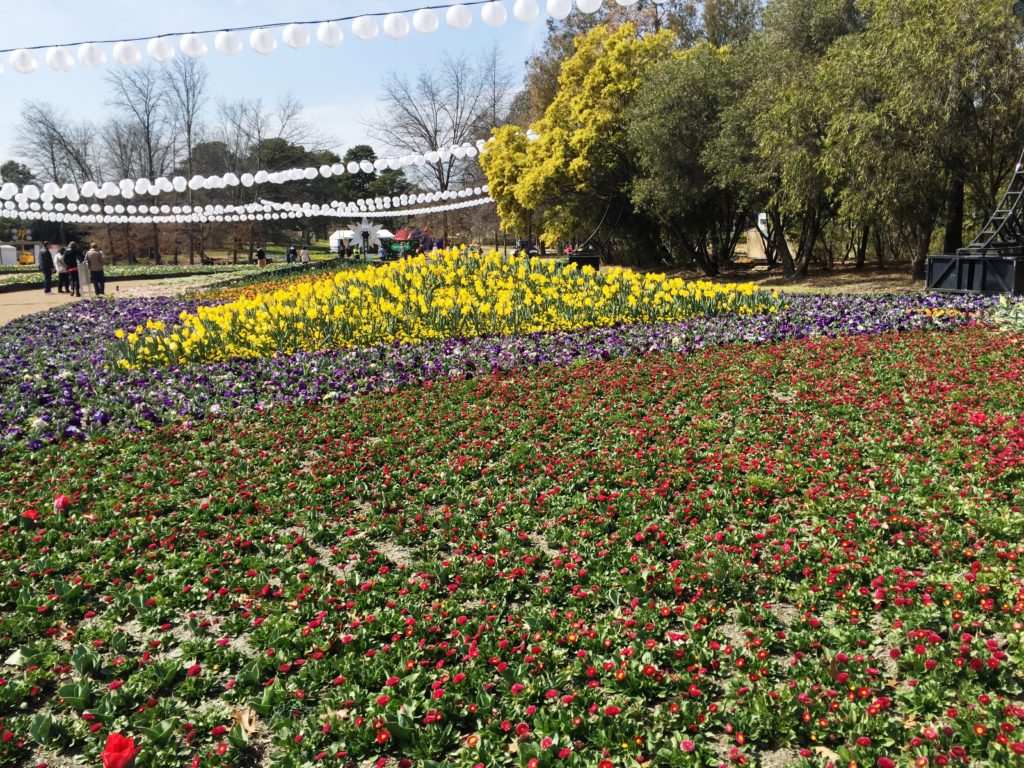 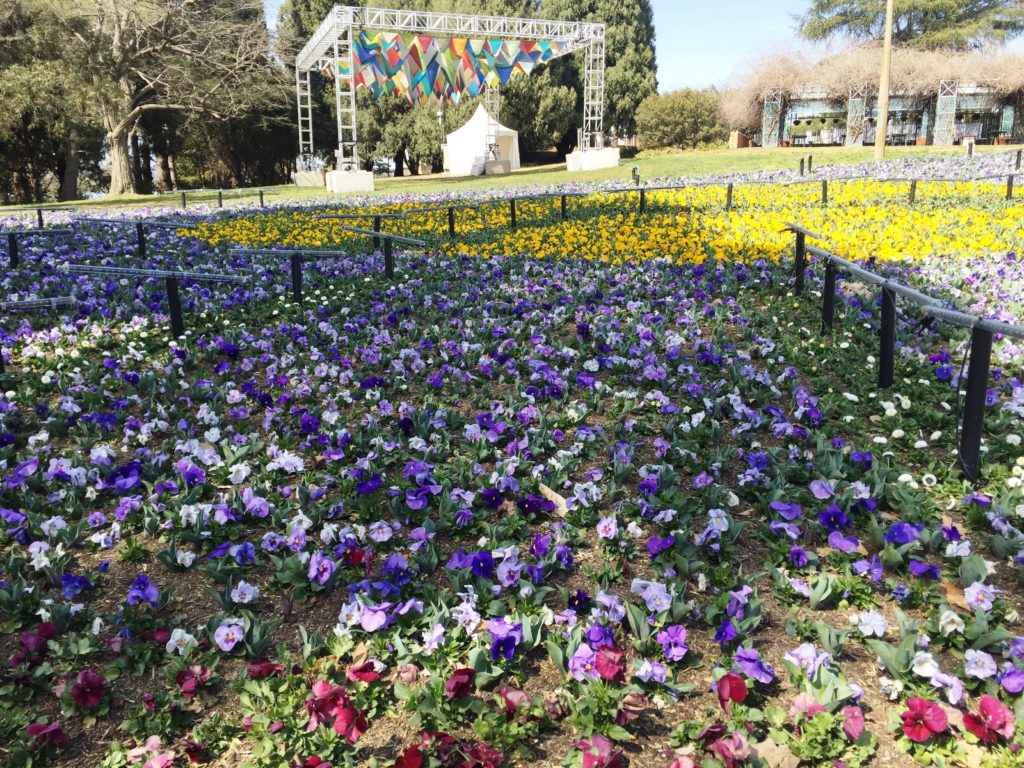 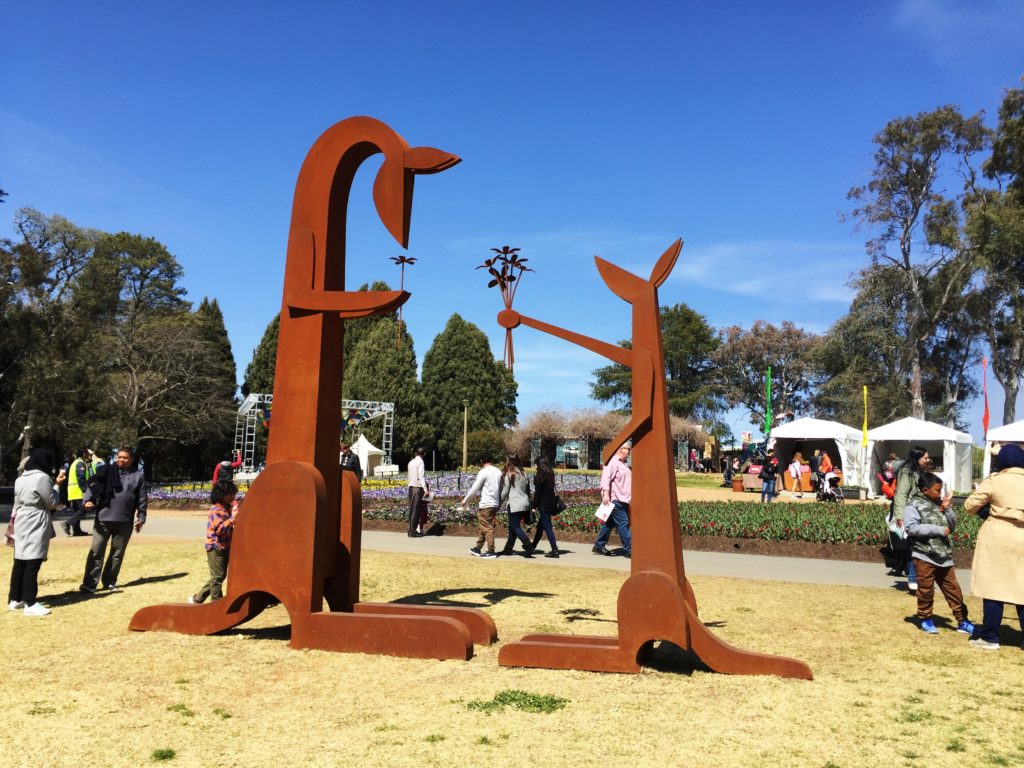 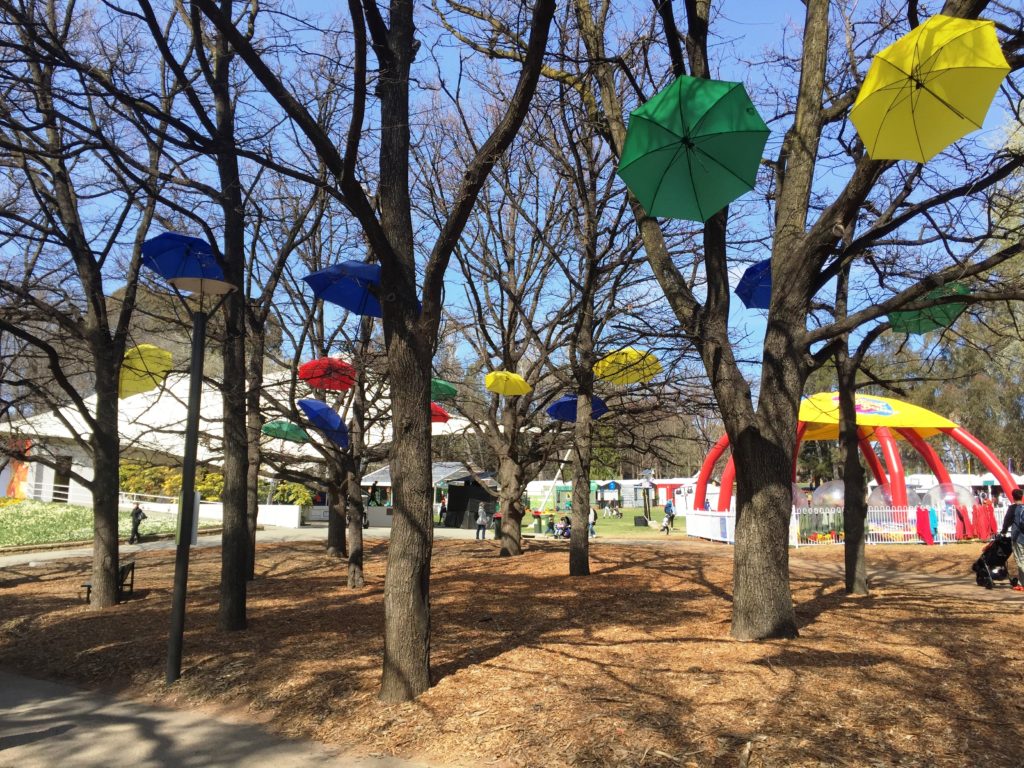 There are plenty of events held through the year but this month long annual treat is one of Canberra’s big attractions and worth a visit, especially for those gorgeous flowers

While the food, wine, shopping  and Floriade were all wonderful my personal favourite was called a  funky city walking tour. What better way to explore Canberra than by foot with a local who knows every detail of her beloved city. Marg from Canberra Secrets is a lovely lady who I would call a one stop shop on everything related to Canberra and who has published a book on the city ( currently working on her second ). What I like is that this tour is focused on highlighting a more fun vibrant and dare I say funky side to a city that is mostly known for its politicians and administration. This tour has no Parliament house, War Memorial or any of the traditional tourist spots but instead is flushed with cool street art, quirky statues, very funky graffiti, trendy bars and cafes and just little known hubs that really add to the overall vibe of the city. Believe me, this was not the Canberra I pictured on my flight in. 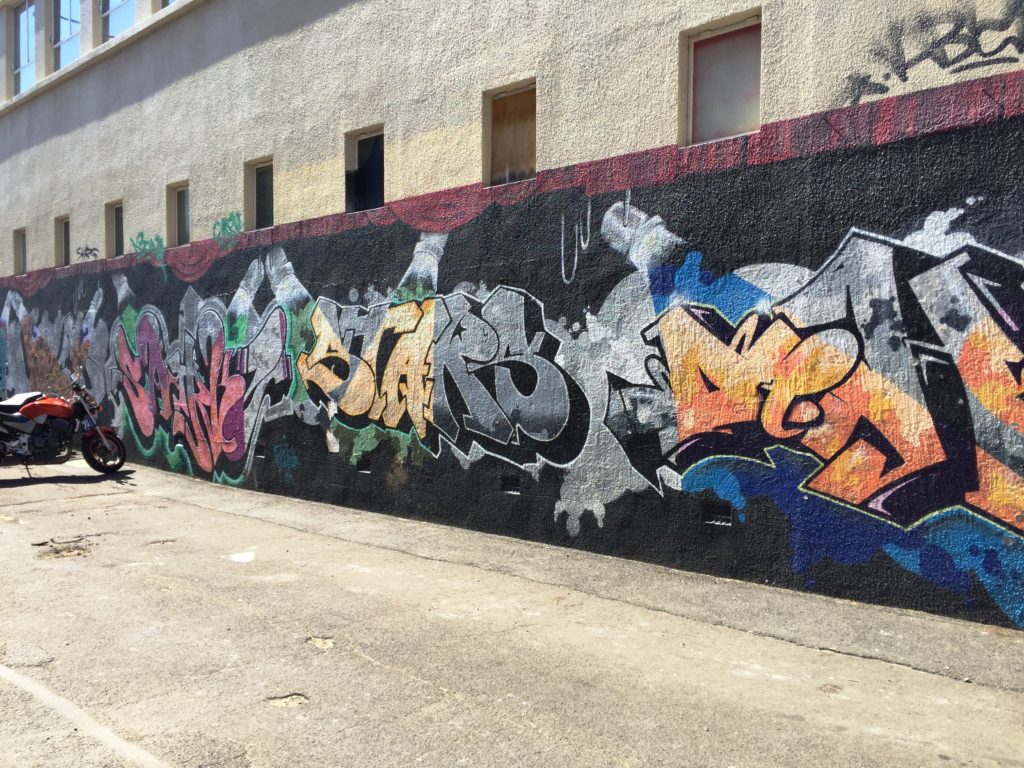 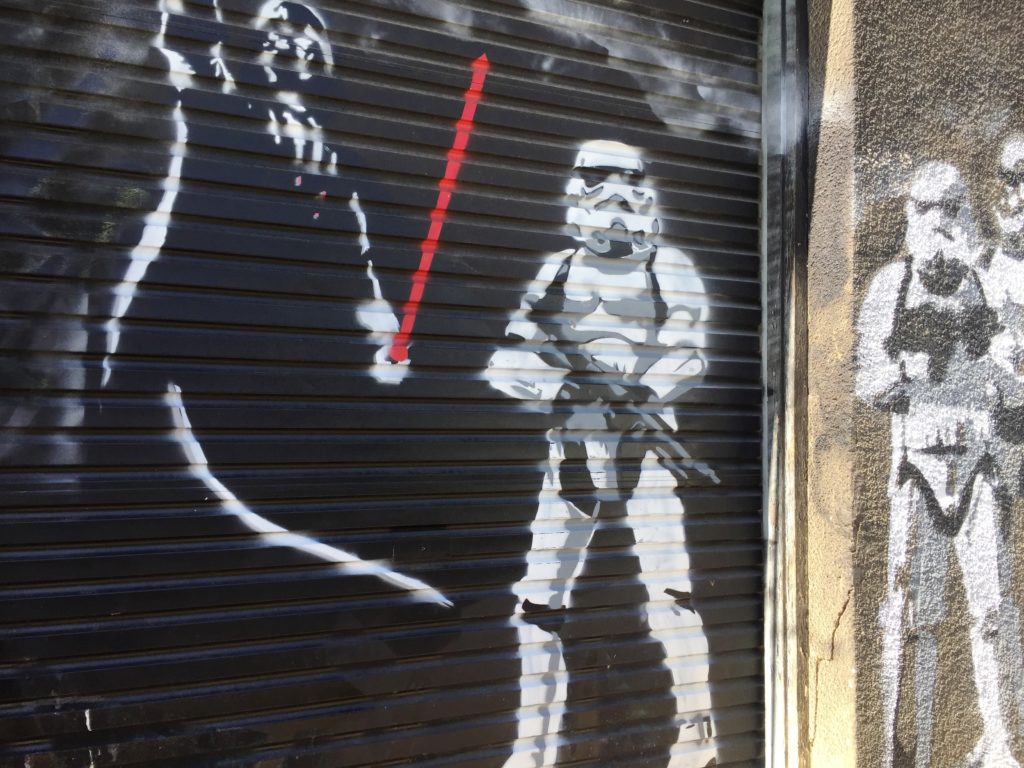 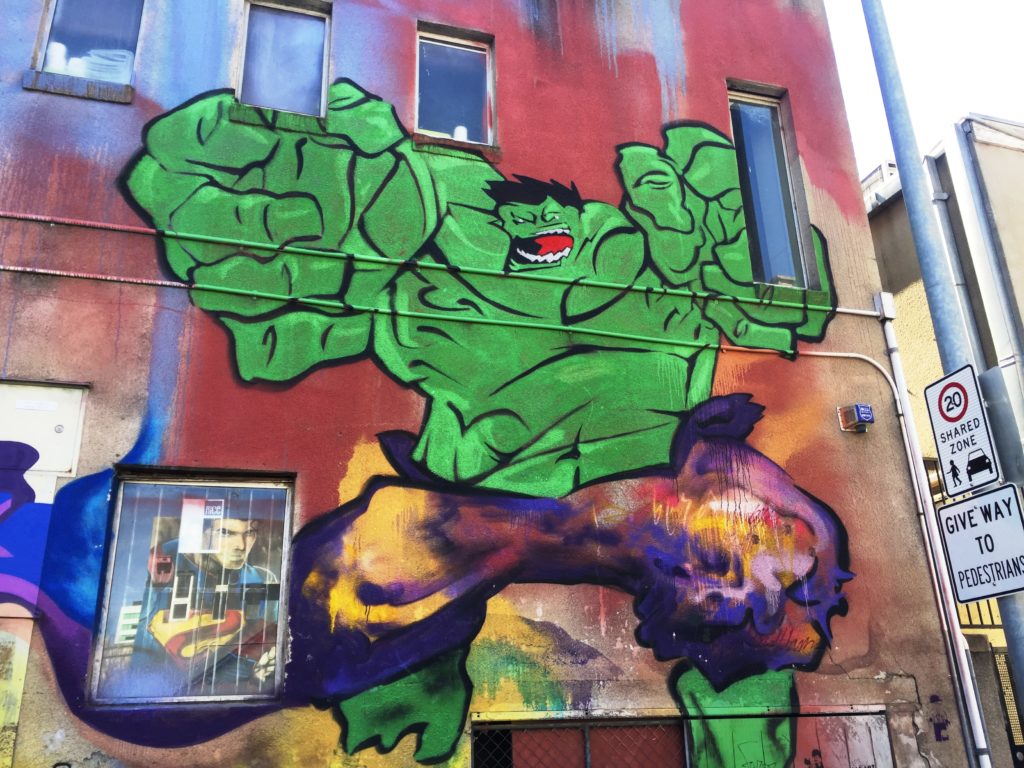 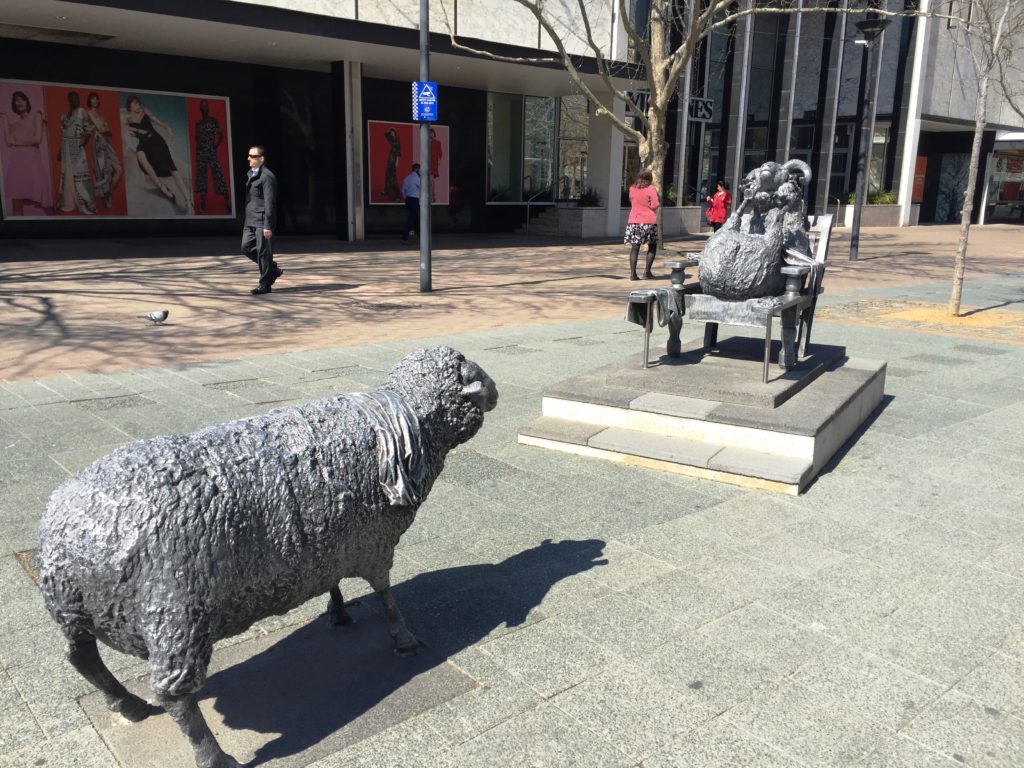 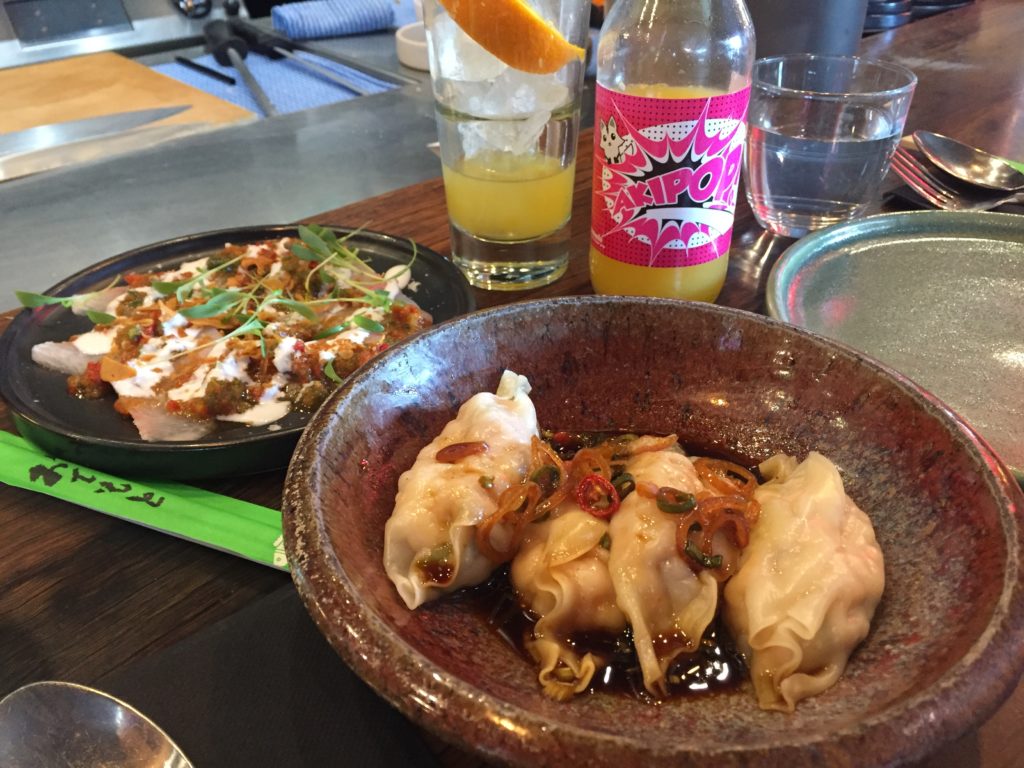 As my friend Marg rightly put it, ” those who find Canberra boring usually haven’t been to visit in the last 10 years and a lot has changed.” I’d have to agree and as they say on their official Tourism logo, Canberra is One Good Thing After Another.

How to Get there – There are Daily flights on Singapore Airlines flying directly into Canberra. They’ve got great timing as they fly in early by 8am and fly out at night at around 11pm.

Where to stay – I’d recommend the Little National Hotel in Barton which is where I stayed. It’s a beautiful chic hotel ideal for a solo traveler and not far from the airport or the main city hubs.

Tours to book – I would recommend the ones I did with both Canberra Winery Tours and Canberra Secrets. The latter also does a traditional city tour if you’d like a closer look at how the city came to be known and the significance of its various monuments and structures.

These are videos from my three part Vlog series on my youtube channel, stay tuned for the next few videos on my time in Canberra 🙂

Disclaimer : I was invited by Visit Canberra and Singapore Airlines as part of a press trip to explore the city. As always, thoughts, opinions, ideas, suggestions, impressions are all my own 🙂

High Tea At The Peninsula Paris

The Difference Between An Indian And African Safari