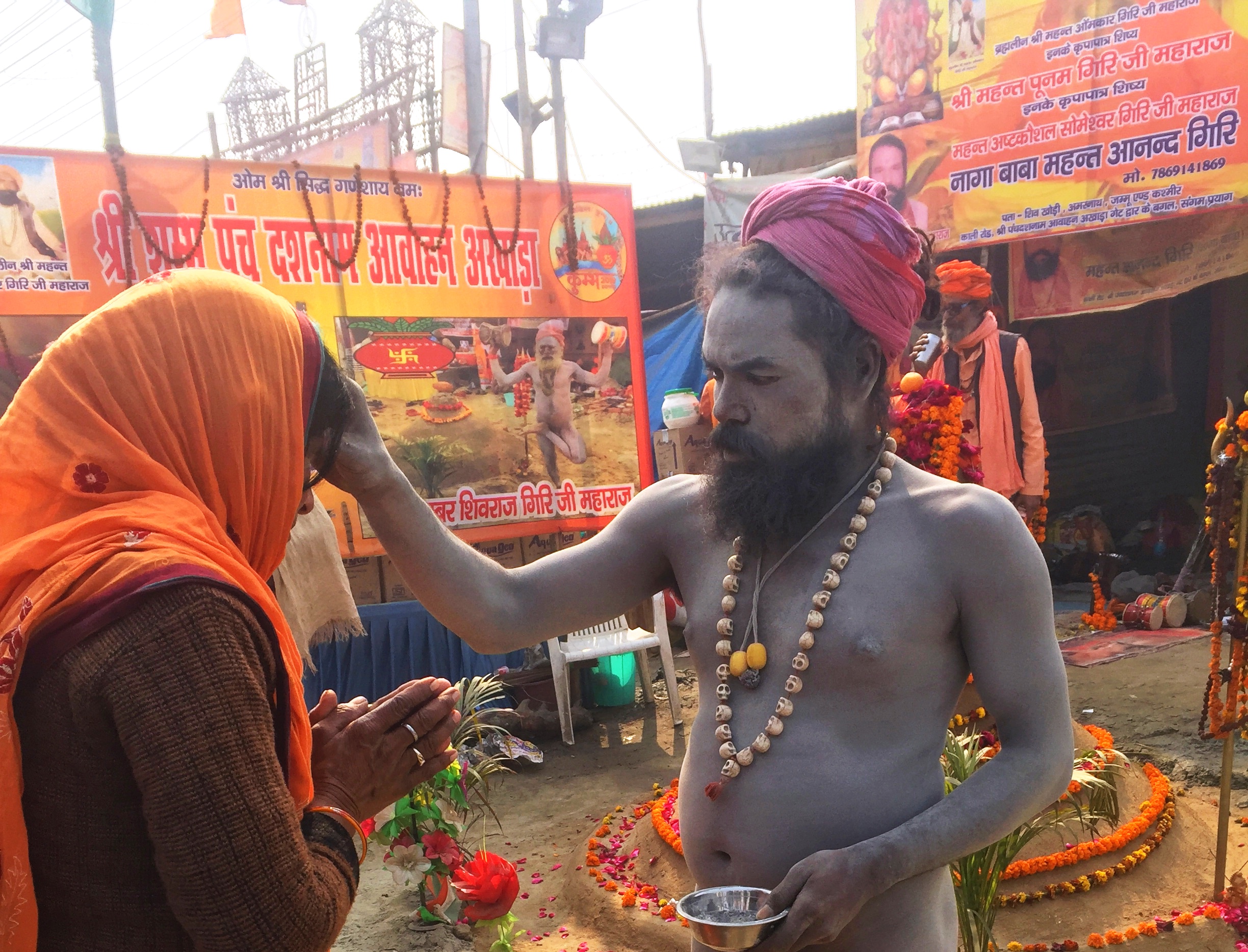 The Kumbh Mela holds deep significance to those who are religious or spiritual. Pilgrims from all across India make the trek to take a dip in the holy Ganga River and be cleansed of their sins. The festival holds great significance to many but if you’re not particularly religious then the biggest attraction at the Kumbh is meeting a special sect of Sadhus ( holy menu ) called the Naga Babas.

These sadhus are often called Naked Yogis because each of these men are stripped down to their flesh, roam freely and comfortably with nothing but ash smeared over their bodies and have heavy dreadlocks or matted hair. They’re often adorned with Rudraksh but don’t shy away from their nudity.

They’re a fascinating sect and to the world they might seem strange perhaps even odd but they are a highly respected group that follow and take inspiration from Lord Shiva, specially in terms of their appearance. They spend their time secluded high up in the Himalayan Mountains away from civilization. The only time these hermits are seen in large hoards like this is at the Kumbh as they are the only group that has the privilege and right to be the first ones to take a holy dip in river and the holy confluence (where the two holy rivers Ganga and Yamuna along with the mystical Saraswati meet ) or Triveni Sangam. The Kumbh is also significant for them because it’s here that a young Sadhu comes to learn under his guru and  when the initiation ceremony to become a Naga Baba takes place.

The idea of embracing this way of life and the lack of clothing is because they renounce all societal norms , take a vow of celibacy and take on what to most people would seem like a strict and severe life to attain enlightenment.

They say the origins of the Naga Babas can be traced to about 2500 years ago possibly longer. They say traces of the Naga Sadhu legacy can be found in ancient Mohenjo Daro coins. Some believe that even Alexander The Great and his army encountered these babas during their time in India.

Over time these sadhus became warriors even who valiantly fought to protect Hindu and Vedic traditions from foreign invasion. During the Mughal rule there were numerous attacks on Hindu structures and it was during this time that the sadhus all unified in groups or Akharas to fight and protect their Hindu culture.

The process of being a Naga Sadhu is arduous and takes a strong commitment and only a fortunate few are successful. Since the belief is that a naga baba must give up all material trappings to see them with phones, asking for money if you want to take a photo of them and sometimes accessories can throw you off a bit. The truth is many people come to the Kumbh impersonating them and sometimes it is unclear to tell an original from an imposter but the clans stay in Akharas or groups and usually a revered Baba will insist  you leave him alone.

If you find yourself at a Kumbh in search of these babas be warned you must treat them with utmost respect and ask for permission before you click any photographs or you will irk them.

Disclaimer : This trip was done in association with the Lonely Planet Magazine India and the Uttar Pradesh Government. However as always, thoughts, ideas and opinions are mine 🙂