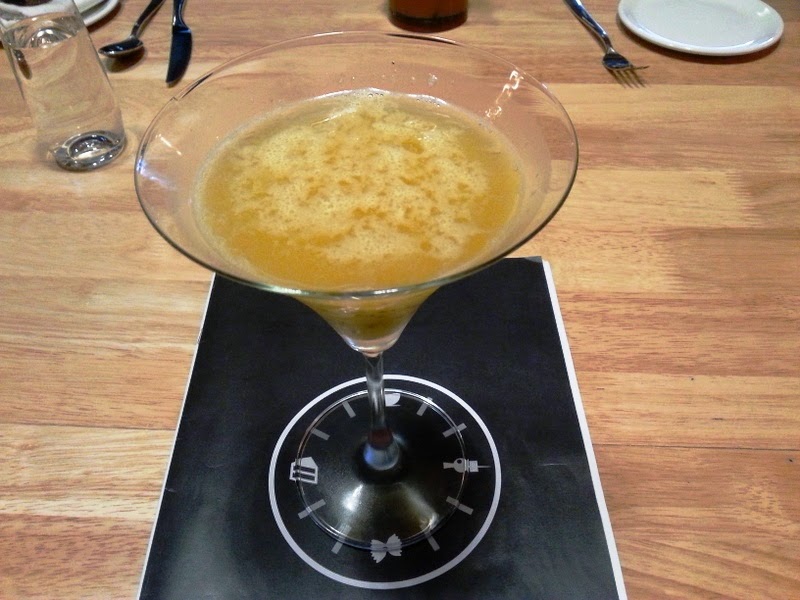 Trying to decide where we should eat is possibly one of the biggest challenges my family faces. Everyone wants something different or is not in the ‘ mood ‘ to eat at a particular place. We want something new, somewhere we’ve not been before, some place which isn’t far  etc etc and to try and get a restaurant that ticks all the boxes is next to impossible.

Most people unless they work in Kamala Mills, haven’t heard of the restaurant Tilt All Day. I remember being invited for their launch party and it felt more like a nightclub serving bite sized starters than a restaurant so I never bothered going back. I should have, because that’s a ridiculous reason to judge a restaurant but I never did. It’s a new place where we’ve not been and it’s relatively close by or what I like to call ‘ respectable dining distance’ which basically means a South Mumbai radius because we hardly venture further just because we’re lazy.

I’m not quite sure what to call Tilt All Day- it’s definitely a restaurant, it’s definitely got a bar and night club-esque feel so I guess it’s a bit of both really. We went for lunch on a Saturday so it was fairly empty but I’m told every alternate Saturday the offices in the area are working so that’s when the place gets filled up for lunch as well as weekdays. It’s one of those old industrial mill spaces that’s been jazzed up with bright orange chairs and funky fixtures. I’m not sure if I like it or not but its certainly different.

The menu isn’t cuisine centric but more of a mix of dishes and flavours that you see on most cafe or restaurant menus. The salads are mediocre and forgettable but both the beef and prawn one but works for a light meal if you’re counting calories.

The lamb kibbeh served with labneh seems like a popular starter because I’ve seen people tweet it and instagram the picture. Lamb always works for me and this soft middle eastern starter is delicious.

The pulled pork bruschetta ( I think that’s what it was called ) is one of the best things on the menu. The slightly toasted crostini is thin and crisp with a layer of what I think was cream cheese and full of pulled pork. Delicious and worth the trip just for this.

I’m a sucker for french fries so even though I didn’t really need it I ordered the bacon and cheese loaded fries ( it just reminded me of a recent holiday ) but sadly the cheese could have been better. It tasted more like a poutine and wasn’t as cheesy as I’d like it to be.

The calamari served three way is one of the things I’ve had before at the party I attended so it wasn’t new. It’s fried calamari, calamari is thai sweet chilli and another type which I can’t remember but its a fun starter, if of course you enjoy calamari and thankfully this wasn’t over cooked.

Their sliders are enjoyable but I’m surprised that even the vegetarian ones were tasty. Most places don’t really do justice to a veg patty but the mushroom slider is tasty as is the pork and lamb one.

Another favourite from this meal was their pasta in gorgonzola sauce with additional mushrooms. This wasn’t a strong flavour but just the right hint of blue cheese and a smooth creamy but not as heavy as I expected it to be. I could have even added prawn to it which would have been ideal but even just the mushrooms were delicious.

After a meal like this there is no place for dessert but I’m surprisingly impressed with the food at Tilt. The menu has some misses but certainly has some hits as well. I think the vibe at night might be more interesting with drinks and music but for some serious eating I suggest you book a table for lunch and study their elaborate menu.

My 48 Hours With Shangri La Colombo

Things To Do In New South Wales