The Tiny Taster
Everyone deserves a second chance. Unfortunately, I’m one of the few people than doesn’t believe in second chances. However, restaurants usually should  be given second third and even fourth chances at times. My last trip to Bandra latest craze Imbiss was underwhelming and personally I thought highly over rated. I hear people wax such lyricals about this place and its ‘ awesome meats’ that frankly I had a bad feeling I was going with just too high an expectation. I had a below average meal and felt I’d never go back.
Recently K was in town and after eating at almost every nook and corner in the city I gingerly suggested the new Imbiss in Colaba because I know he’ll appreciate the meats. Also a really good friend who had the similar experience as I did in Bandra made it a point to call me and say the Colaba one is miles ahead in every department. K is always excited to try a new place and the promise of this being the haven for all his favourite animals and all their body parts he’s thrilled to eat here. We asked one of his meat loving friends to join us for lunch and I think we managed to sample quite a bit though not enough to make more than a dent in their extensive menu. 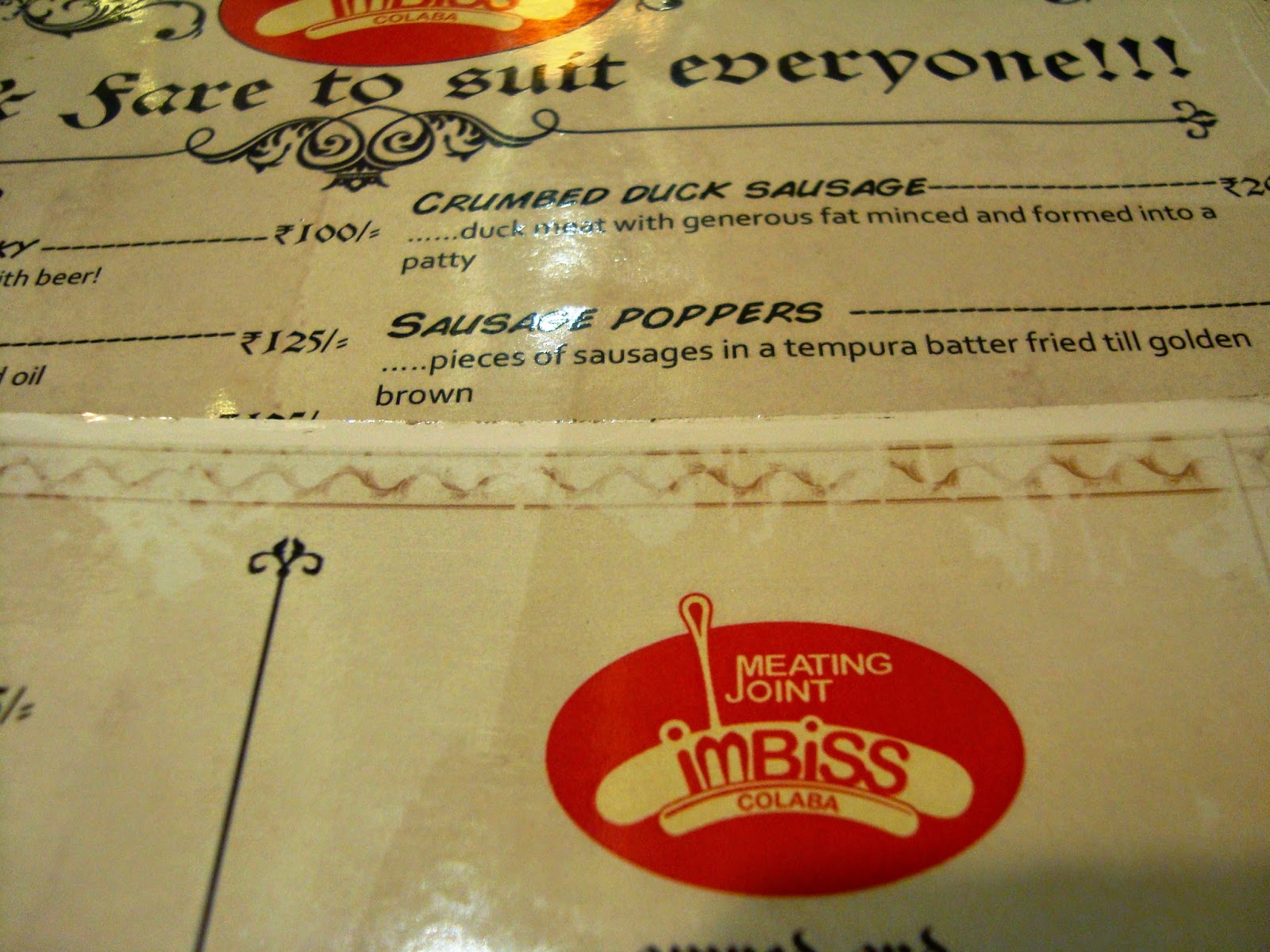 The restaurant is of course much bigger than its Bandra sibling but nothing fancy about the decor. The plus point is they serve alcohol and there is even a little bar set up for those who want to grab a beer and chomp on a sausage. Interestingly enough when you order a beer, where most places give you singh or channa, Imbiss takes it a couple of notches ahead and serves you little bits of pork sausage. It’s incredible! One of the first things you notice is their display of sausages and meats to make sure there is no confustion and remind you that they take their meat VERY seriously. 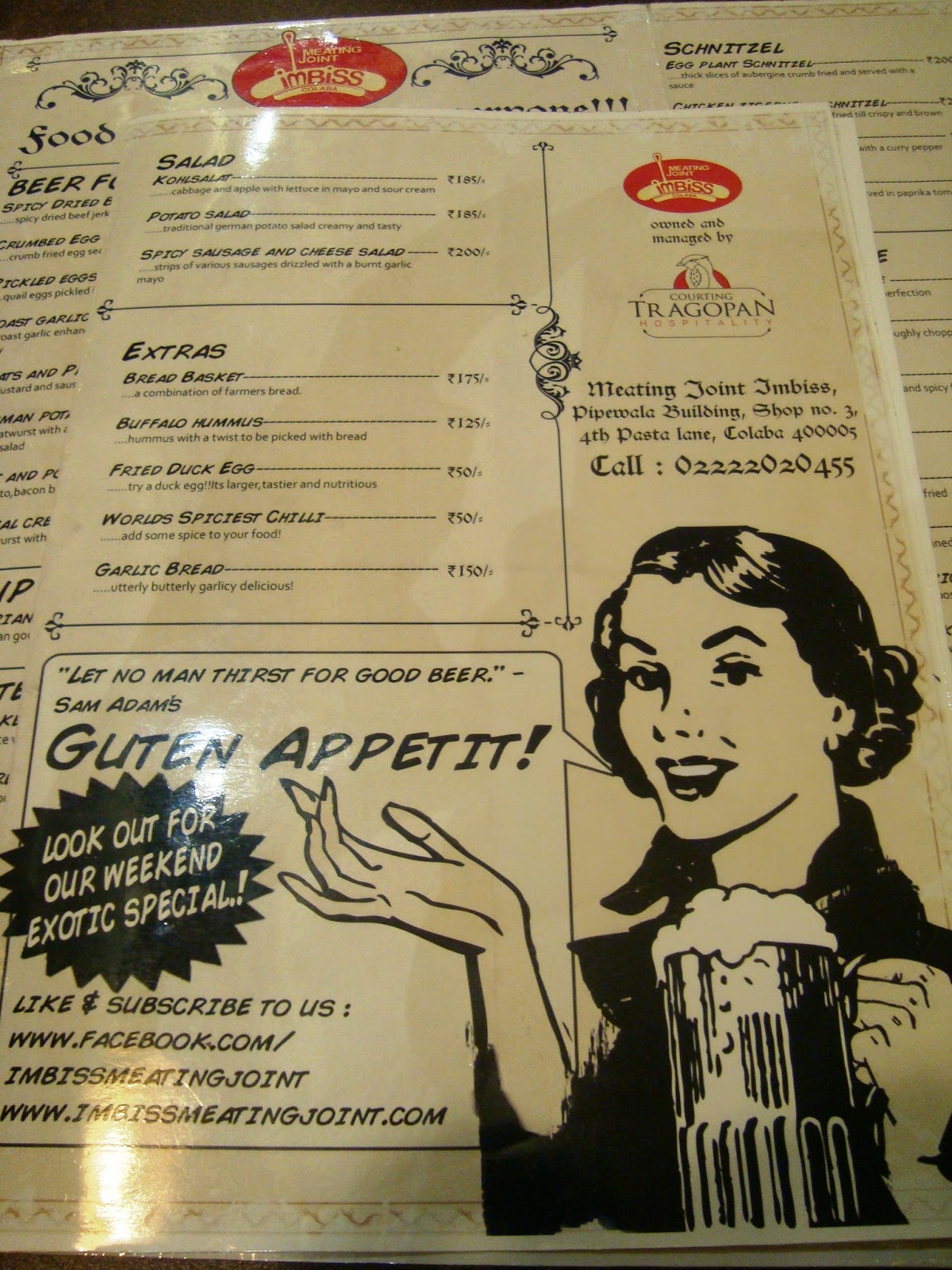 Their spicy beef, bacon and duck cakes are excellent starters. The word cake is very misleading these are actually like little kebabs. It reminds me of a flattened sheek but just bursting with flavour. Served with a simple mustard dip which thankfully wasn’t very pungent, it is a simple but delicious starter. 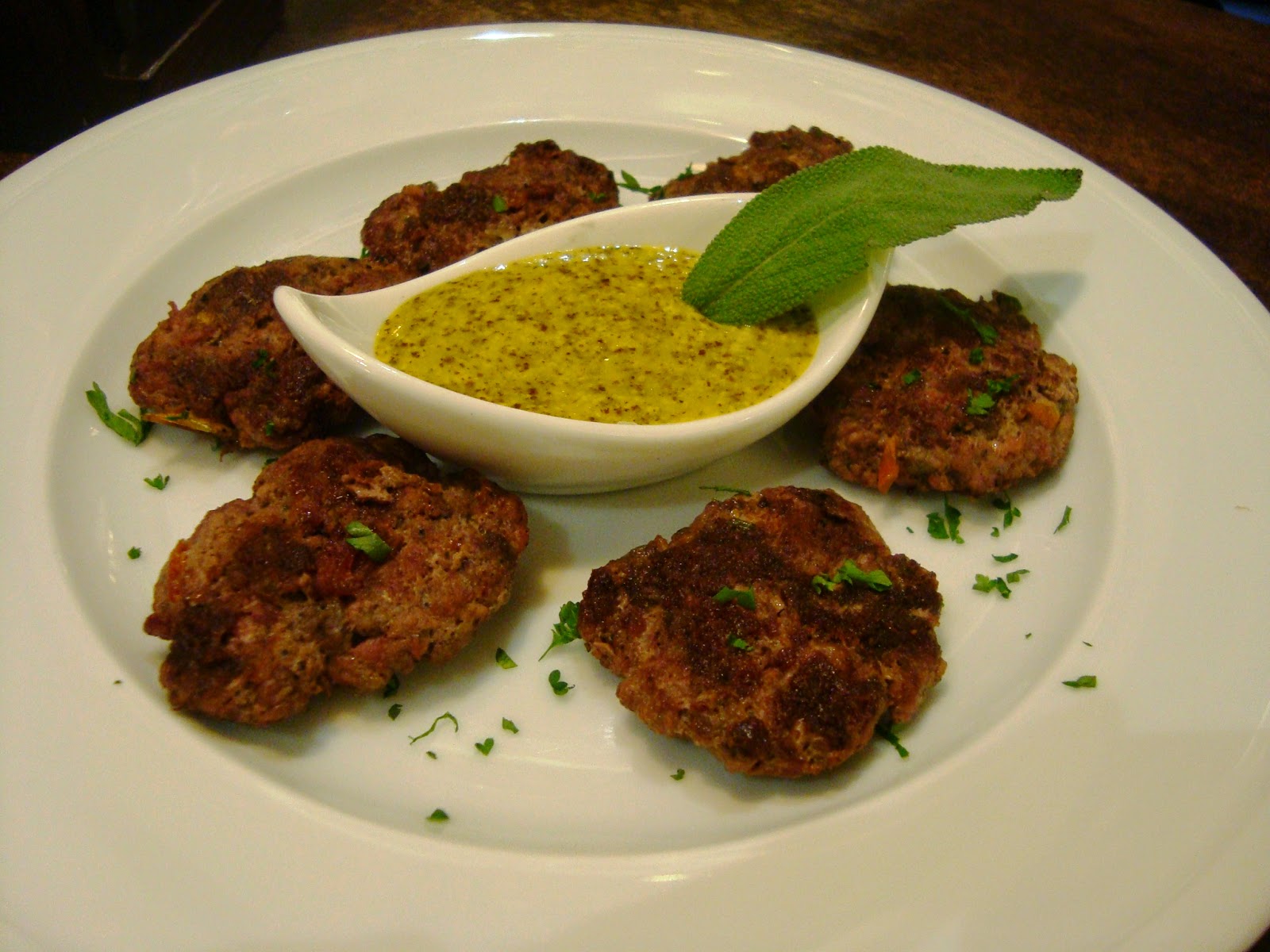 The second starter was the sausage poppers which the menu described as pieces of sausages in a tempura fried batter till golden brown. The tempura once again is misleading and slightly off putting for me because I thought oh no it would be one of those way too much batter and hardly any sausage sort of dishes. I couldn’t be more incorrect. The pieces of sausage were lightly coated in the batter and fried till slightly golden brown. Served with the same mustard sauce this was a light starter where the sausage is the hero of the dish not being over powered by the fried batter. 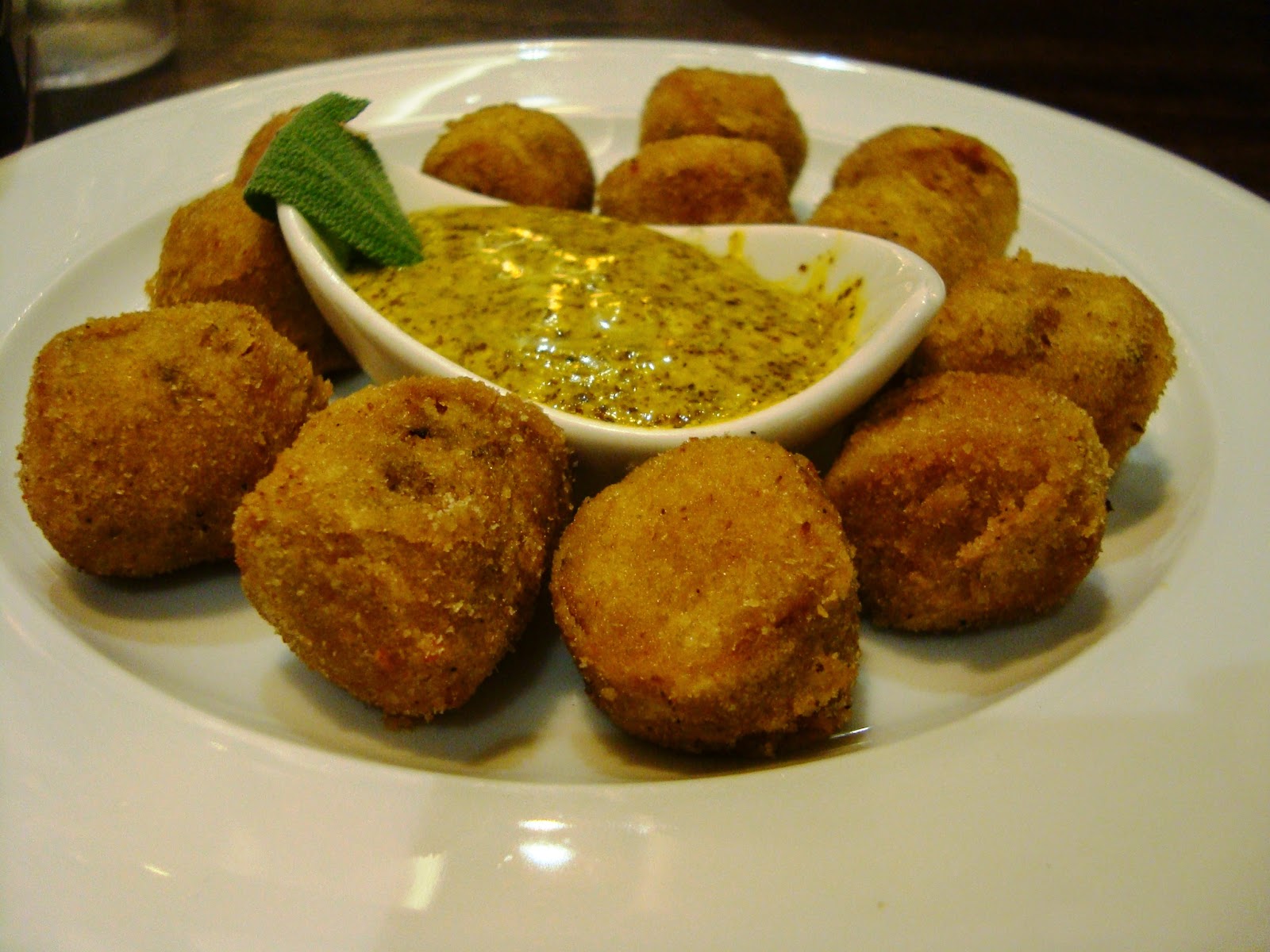 K loves his meat so chose the steak with sauerkraut bacon and sausage. Steak cooked medium rare 99% of the time turns out to be a disaster so he wisely opted for a medium done steak and the outcome was lip smackingly good. Excellent, flavourful well cooked steak with bacon sausage and sauerkraut which I’m not a fan off. Served with a side of greens which adds a nice pop of colour on the plate and hopefully help in digesting all the meat. 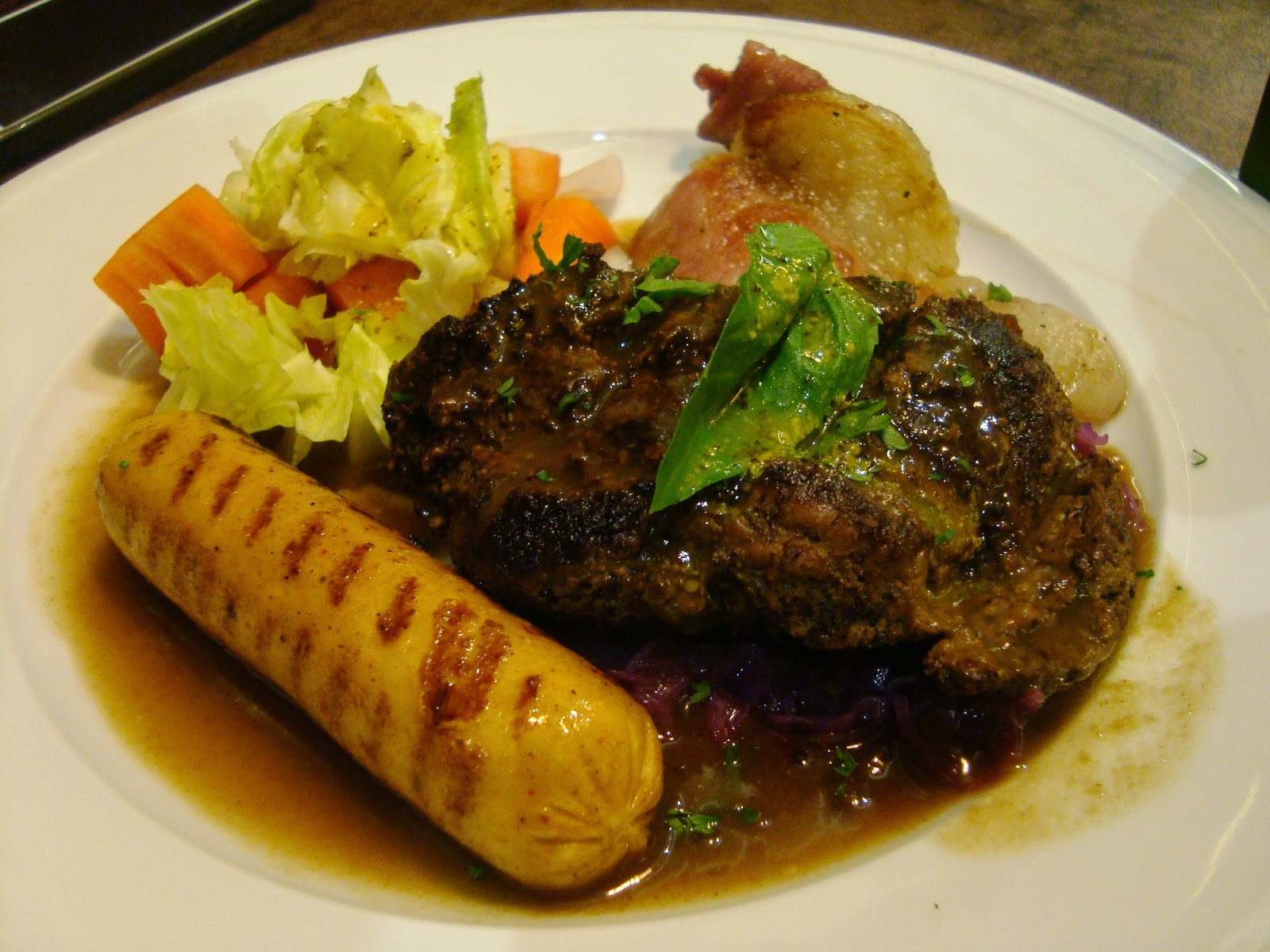 I chose the chorizo rice served with a duck egg and was extremely pleased with my dish. A nice spicy flavour from the sausage and I think they also tossed the rice in some chilli oil but it was full of flavour, not too spicy and the highlight was that with each bite I had plenty of chorizo. Top marks to Imbiss for not skimping on the chopped chorizo as most places do. The serving is quite a lot specially if you’ve had a starter and along with the egg on top its served with some crispy lettuce leaves. It reminds me of a mix between a biryani and fried rice but it’s a great dish and I’m looking forward to ordering it again. 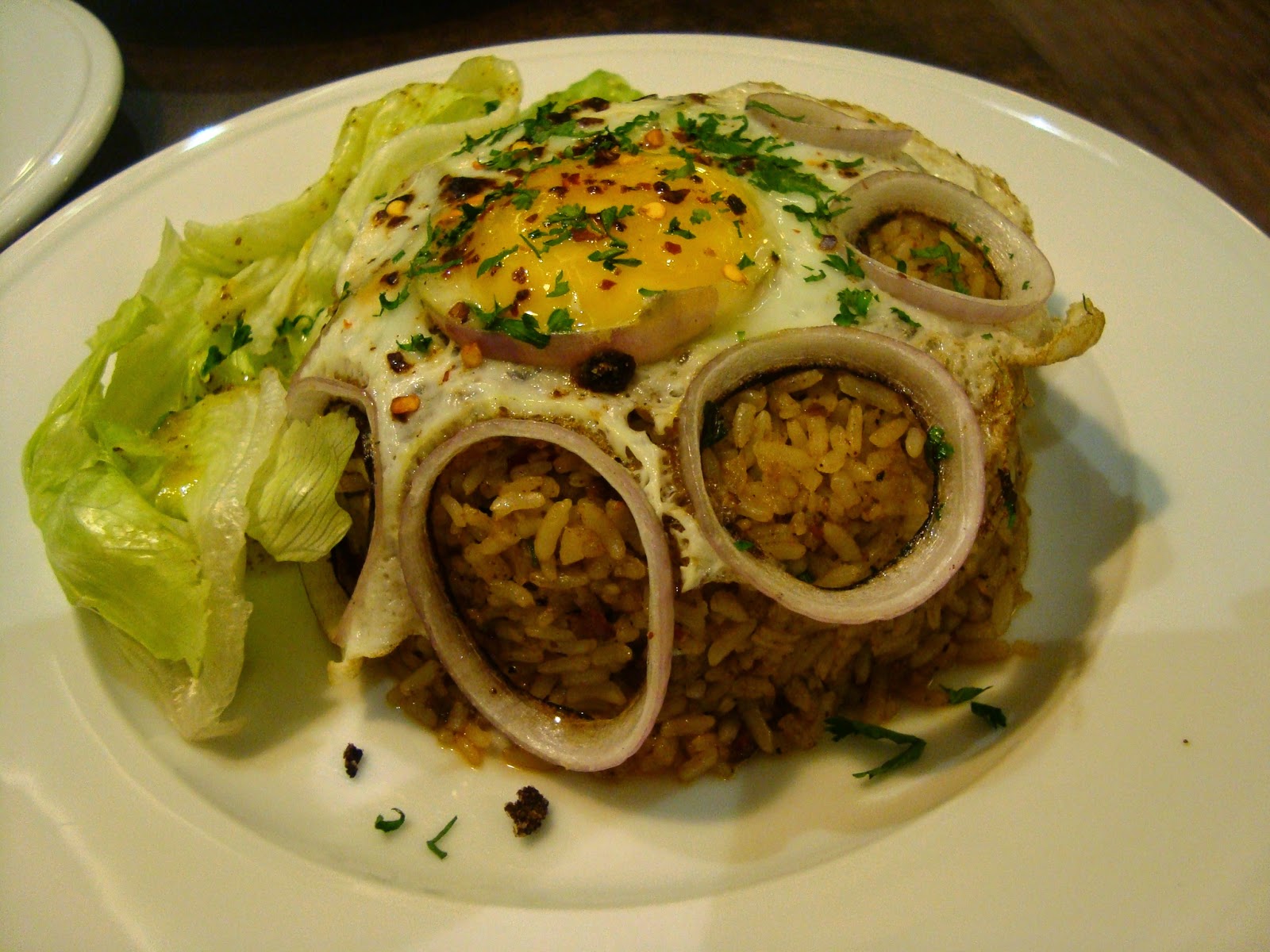 I’ve eaten the chicken cordon bleu at the popular Churchill and Mocambo for decades now but Imbiss serves the mother of them all. This one is the Romanian PORK Cordon Bleu and it’s fabulous. Almost a crumb fried outer covering with cheese and thick ham slices in-between served with the creamiest mash potatoes and that wonderfully light crispy ice berg lettuce I think this might have been the dish of the day. 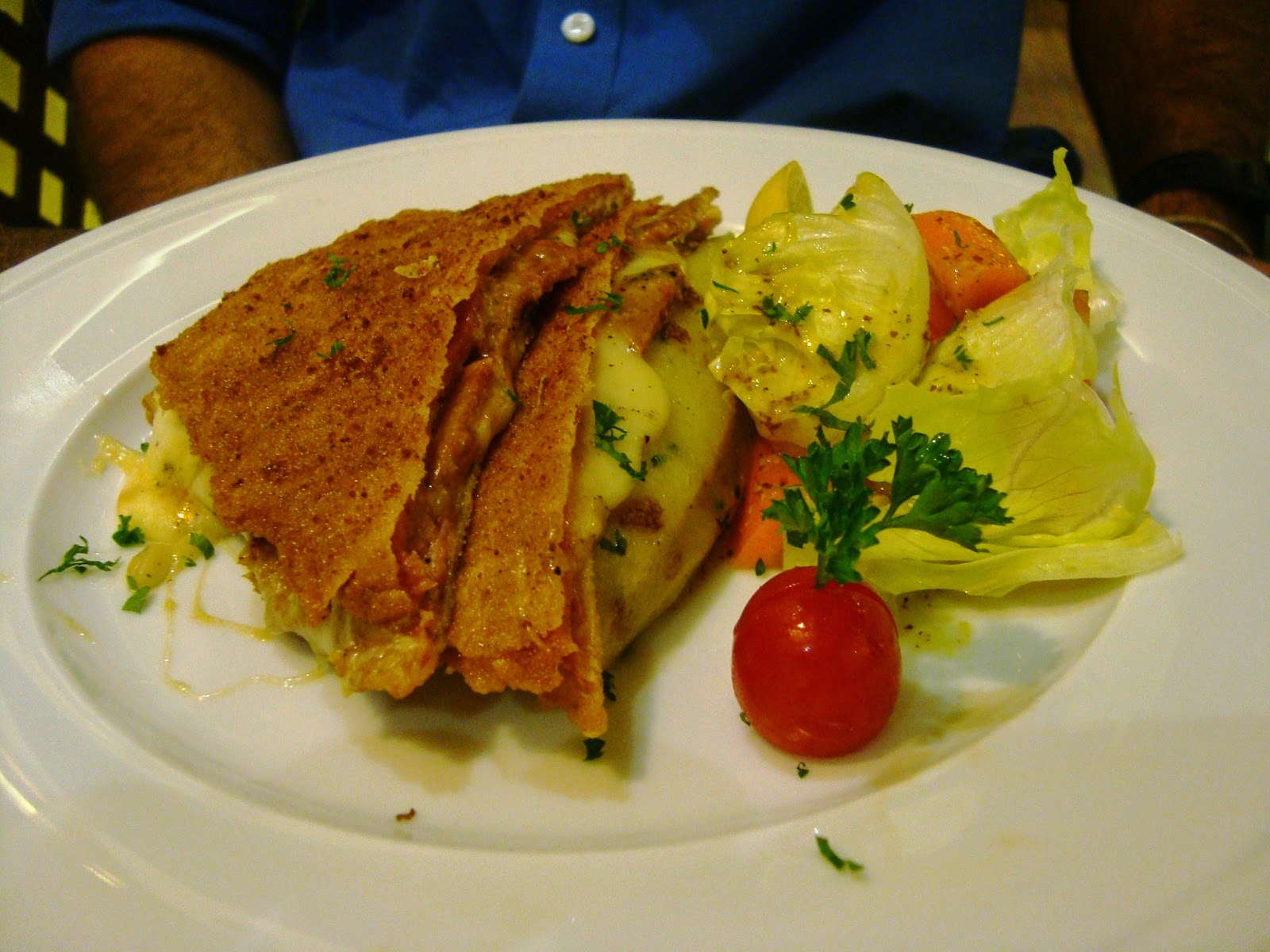 Actually it’s really hard to choose because we were happy with all of them. The boys were still a bit hungry so ordered the beef, chicken and pork sliders which they polished off in minutes.  Soft bread, great patty and a small slice of cheese made these little treats wonderful. 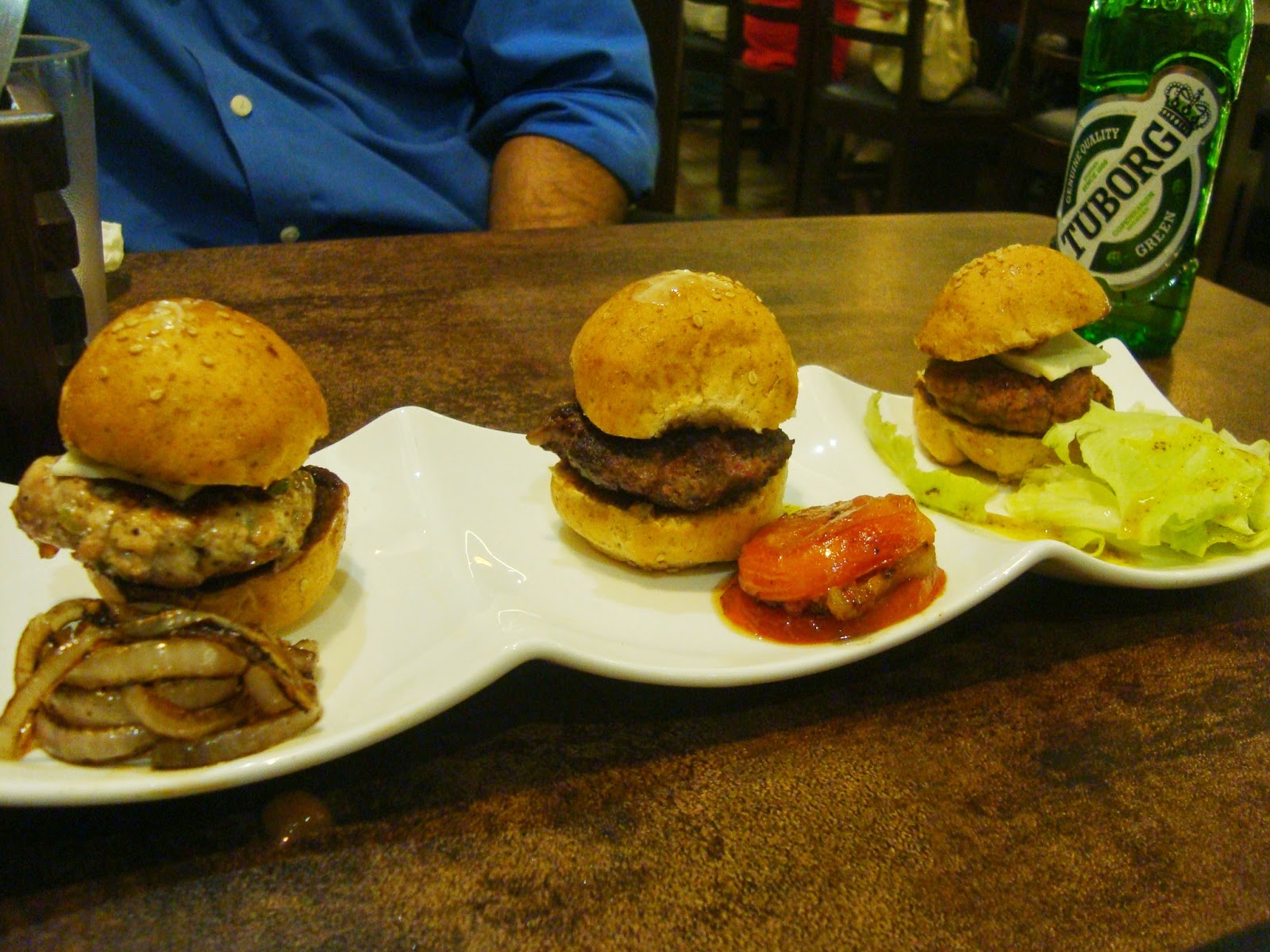 They have a few desserts and my eye caught a rather large and decadent looking apple pie but we’re stuffed and were happy to skip dessert.I’m glad I ended up trying this one because it’s the exact opposite experience of what I last had. Looks like this Colaba eatery will soon become one of my favourites!