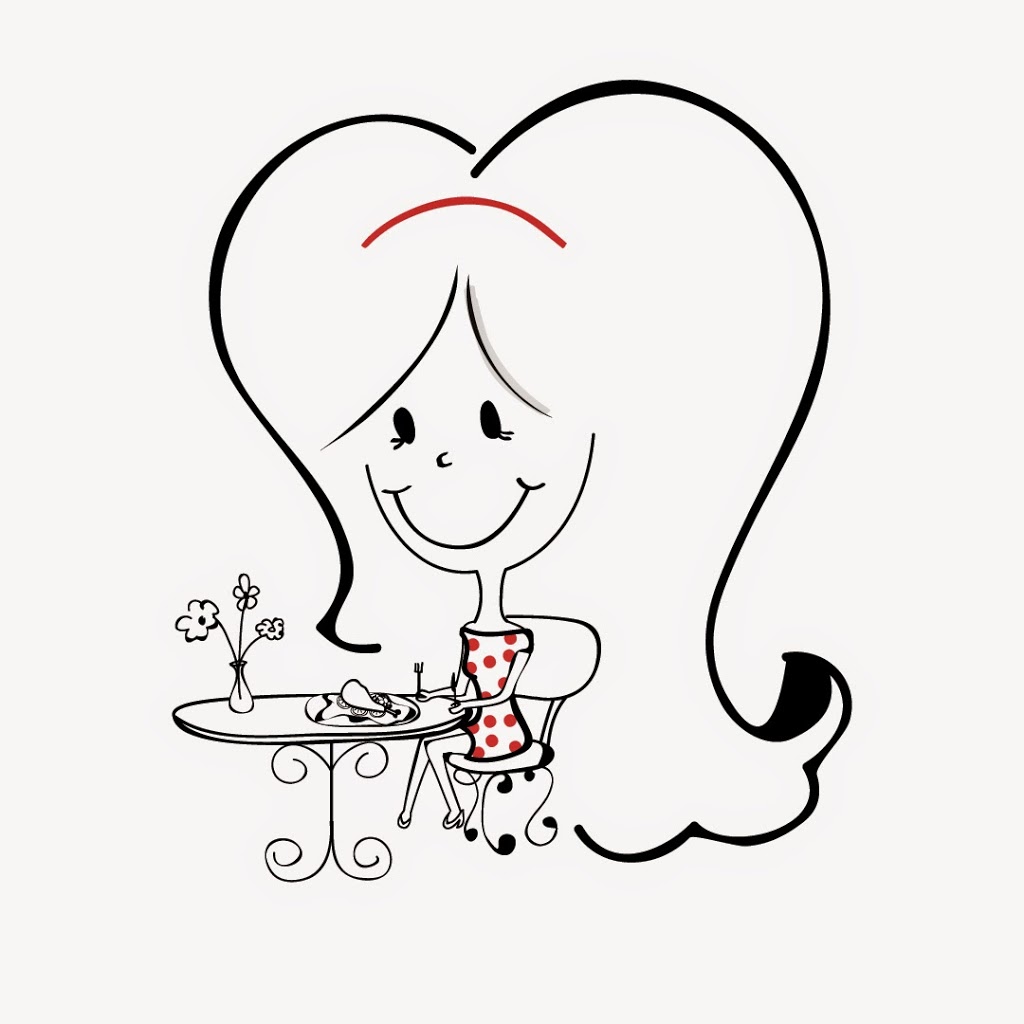 I had spent more than two weeks travelling all over Portugal on my food tour and was now relaxing in Lisbon. I decided to extend my stay and ended up doing another 5 nights in Lisbon by myself. I think this is possibly the best decision I made because the time I spent on my own, eating, exploring and discovering is something I will treasure more than anything else. The main agenda for my time in Lisbon was to just see things at my own pace and eat at some great restaurants. Of course I furiously googled and read various blogs but the one place I had my heart set on was the immensely popular Belcanto by Jose Avillez. I hadn’t heard of it till my friend Andras Jokuti recommended it. He’s a Hungarian food blogger and restaurant critic and was on the trip with me and after talking about food and comparing notes I knew I’d blindly follow any of his recommendations. (You must check out his blog – Will Run For Food ) After that I came across Belcanto in every list I checked so I realized this had to be special. I think I was really lucky to get a table for lunch ( dinner was impossible ) and I don’t think I have ever been this excited to dine anywhere. As a rule I try not to read up too much about a place so I can experience it without being biased. It doesn’t happen all the time because thanks to twitter and facebook or even instagram you get a sense of what a place will be. In this instance I just skipped all the reviews so I could enjoy my meal.

Belcanto is a Michelin star restaurant but while I was expecting a certain amount of opulence and grandeur like the meal I had at the Olissippo La Pa Restaurant which is also a Michelin Star one, this is discreet and very casual in their ambiance and approach. You ring a bell to enter almost as if you’re popping into one of your pals house to grab a quick meal. The hostess double checks your reservation politely and guides you to your table. There is no fuss no splashy decor. Just tables and chairs with a crisp white table cloth devoid of any cutlery or crockery, with a small pot an flower. There is a beautiful book shelf against one wall with a comfy chair tucked away in a corner and you really feel like Chef Avillez just invited you over for a cozy meal.

While he pays no attention to decor and other frivolities, Belcanto focuses purely on the food and flavours and this is evident after the meal. It’s very intimidating to walk into restaurants like these and try to make sense of their menu even though you are politely guided by your matre d and his thick Portuguese accents so I would say it’s best to opt for one of their many tasting menus instead of a la carte. It also makes sense as you get a real sense of the menu and are able to try more. I’m also told that in the tasting menu while they list out the dishes, there are some surprise courses in between from the chef and when you’re dining at a place like this believe me ALL or ANY kind of surprise is more than welcome!

The amuse bouche is what they call the Olive Trilogy, with an Olive tempura, an Olive explosion and an inverted martini where the olive is center stage and the gin is actually in the form of a small in a pool of green. Very unusual, all three in fact, but a great way to start my meal.

The next served is what looks exactly like the famous Ferrero Rocher chocolate but I’m assured that while it might look the same and taste similar, it’s not. There’s a surprise in there and believe it or not, it’s foie gras. Of all the things, THAT was not what I was expecting.

The serves put this little pan with what looks like a baby papadum with small drops of coloured sauce and a tiny dehydrated prawn and tells me that this is the chef’s interpretation of the famous Portuguese dish – Arroz de Mariscos. Now hold on, wait a minute. I’ve spent the last 16 odd days eating more mariscos than I can count, I’m confident that this is not it. The dish is rice with gravy and tons of seafood! It’s like a pulao with gravy or a paella or a soupy risotto or whatever you want to compare it to but not this. My server laughs as my jaw hits the floor because I put it in my mouth and I can promise you it’s exactly the Arroz de Mariscos. It’s so far from what the dish is, but the flavours are bang on and I’d go as far to say it might even been the best one I’ve had so far! The only sad part, is that it’s so small and just one bite, I would have relished seconds.

I’m served a small piece of a sardine, because I don’t think any meal in this country is complete without either cod or sardine. It’s not as salty as the ones I’ve had before so quite enjoyable. I think these were all the surprises on the menu. Next up was main course(s).

‘Wave breaking’ as it’s listed on the menu with coastal prawns, seawater and seaweed ( sand ) is one of their well known dishes. Served in a coral, this is the chef trying to recreate a bit of the ocean and seaside. With oysters, prawn, actual seawater foam ( when you open up the oysters or clams the small amount of liquid inside is collected ), cocnut milk, green apples and a host of other ingredients I’ve forgotten. There is a lot happening in this one dish and while I appreciate it, it’s not my favourite because I don’t like oysters. I could have avoided it and told them I’m allergic or something but I thought it best to try. Tried – and you will probably love if you like oysters, but I thought it was ok.

The Smoked Mackerel Belly with vegetable puree and confit was definitely one of my favourites from this meal. The fish is great but I think what does it really is the different textures and I love it when there is so much going on. There’s some crunch from these little balls but I can’t remember what the ingredient is, the puree which is slightly pungent and then of course the soft delicious fish.

‘ The garden of the goose than laid the golden eggs’. Yep, that is exactly what it’s called and it’s their most famous dish. This egg is perfectly cooked ( runny when you cut into it ) and covered with edible gold. It’s got cream cheese, mushrooms,crunchy toasted bread cooked in cuttlefish ink to give it the dark colour and garnished with fried leeks. I love egg in any form so this is another favourite for me.

The red mullet is a type of fish, and served with the mullet live sauce and gnocchi, one which is again cooked in cuttlefish ink which is the chef ‘s interpretation of the stones on the sidewalks in Lisbon. At this point I’m starting to think I’m not going to be able to make it to the finishing line.

The Iberia Pork with clams, garlic, potatoes, cream and some more ingredients which I can’t remember is beautiful. The clams are explosive and the pork is soft and delicious.

I”m told the meal is almost over with just one dessert left and I think I can manage that but then they bring out this adorable little citrus cupcake which is a pre dessert and I struggle to quickly take a picture because the minute I pick it up it starts disolving and if I wait for too long its starts to sink and cave in. I don’t know what it was or how they made it, but the paper was edible ( cupcake wrapper ) and it was just tangy and a burst of citrus in my mouth.

Dessert is what I call Tangerine madness. It’s a tangerine sorbet that looks like one big orange ball, filled with tangerine foam inside sitting on a bed of tangerine sorbet. It’s melting as I try to get the perfect shot and while it’s really an explosion of orange in all its dessert forms, I couldn’t even get through half of it.

Despite the portions being small, I couldn’t finish all my dishes and ended up leaving quite a bit. It’s really a marathon meal but you don’t realise it because you think it’s all small portions. There is a wine pairing along with this meal but thankfully I didn’t opt for that or else I wouldn’t be able to eat even half of what I did.

The real highlight of the afternoon was that the minute I took out my rather large and obtuse camera, the gentleman on the other table started laughing because he was taking pictures of his food with his camera. Turns out Jan is a blogger from Luxembourg and was in Lisbon with his wife for a quick trip. They had dined at Cantinho de Avillez which is the more cafe like version from the same chef and were going to dine at 100 Maneiras which was another one on my wishlist which I eventually ended up going to. I’m actually really glad I was seated next to them because as much as I love eating and I don’t really mind dining alone, it was fun to have foodie friends to share the experience with. Jan has blogged about his Belcanto meal along with the wine pairings here.

I can not explain how much I enjoyed my meal and the company on the next table, and it got me thinking. While a lot of people swear by local food in small cafes and taverns ( I do too ) I think it’s a must to try both ends of the spectrum. It’s not easily affordable ( this was the most I spent on a meal in a long time ) so I understand the hesitance but if you get the chance, do indulge in a meal like this because it’s an experience. While I was a lot richer in my food experience and Portuguese flavours, I left the meal with my wallet considerably lighter but my spirits extremely high and very happy. That’s another meal in Lisbon that I’ll always remember!

Kalaripayattu And The Art Of Deciphering The Sadya

Vocal For Local – Some Of The Most Fantastic Local Food Brands

The Glorious Grand Hyatt In Goa